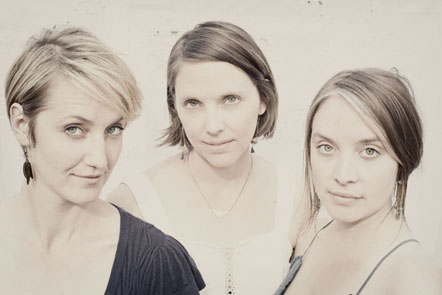 CLICK HERE TO LISTEN TO MAIDEN RADIO’S NEW “WOLVERING” ALBUM IN ITS ENTIRETY VIA YAHOO! MUSIC!

Kentucky-based female traditional Appalachian folk trio Maiden Radio has just released a brand-new set, Wolvering, which has evolved from their six-year exploration of the genre. The album shines a light on some darkly beautiful early American songs, as well as several originals done in their trademark three-part harmony.

Yahoo Music is excited to offer fans a listen to the full album right now, in order to get a taste of Maiden Radio’s unique approach.

“We are part of a revival of traditional music alongside our contemporaries and friends: Anna and Elizabeth, the Murphybeds, Redtail Ring, The Downhill Strugglers, among many others,” explains the band. “While giving reverence to the origins and stories within them, we’ve attempted to distill the songs on Wolvering down to their most essential parts in hopes of capturing a more revealing story of person and place.”

The album derives its name from the place where it was recorded: The trio spent a week of January tucked away in remote Wolverine, Michigan, where these songs were captured, mostly in live format. You can even can hear the crackle of the fireplace as backdrop to some of the music.

If you’d like to keep up with Maiden Radio’s schedule, check here.
https://www.yahoo.com/music/hear-it-now-maiden-radios-wolvering-183649856.html 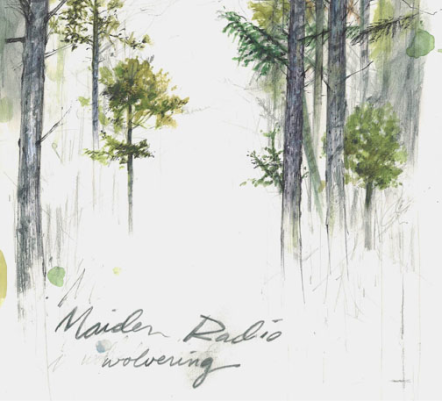