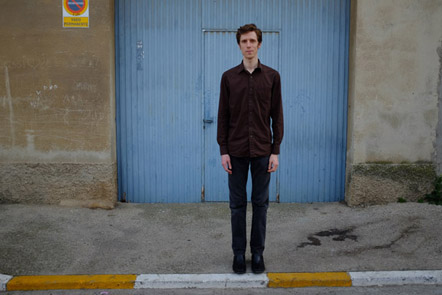 CLICK HERE TO LISTEN TO DANIEL MARTIN MOORE’S NEW SINGLE “HOW IT FADES” FROM HIS FORTHCOMING ALBUM “GOLDEN AGE” VIA YAHOO! MUSIC

“We wanted a bigger sound—full band treatments, strings, outer-space, and less guitar,” Moore says of his collaboration with James. “It was Jim’s suggestion that we start each song from the perspective of the drums & bass, finding the right foundation, and then seeing how the rest of the instrumentation would fit into that. In the past, it had very much been the other way around—everything was based around what my guitar was up to. We turned that on its head for this record.”

Moore found James’s presence a centering force. “He is always encouraging the pushing of boundaries. It’s in his nature to expand and elaborate until he finds the spot he’s looking for. He’s a deep well of creative energy – it’s like he can see the way the future bends the present.”