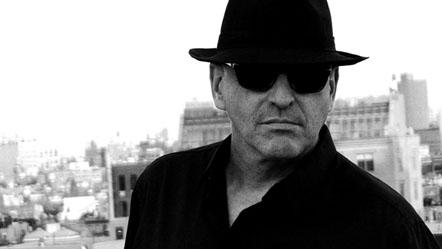 CLICK HERE TO LISTEN TO THE PREMIERE OF PAUL COLLINS’ NEW SINGLE “I NEED MY ROCK N’ ROLL” VIA USA TODAY’S POP CANDY!

Paul Collins is a guy who’s been around the block. He was one of the progenitors of the early power-pop movement in the ’70s in not one, but three influential bands of that era – The Nerves, The Breakaways and The Beat (the latter even appearing on Dick Clark’s American Bandstand back in the day). He later turned towards a decidedly rootsier approach to his music, exploring country and folk rock, before returning to the more driving, high-energy sounds of his youth on his acclaimed 2010 Alive Naturalsound effort King Of Power Pop. His music has been covered by a host of talented musicians, most notably his song “Walking Out On Love,” which Green Day’s Billie Joe Armstrong performed as part of the punk band’s hit Broadway musical American Idiot.

This September Collins will be releasing his follow-up to King Of Power Pop, aptly entitled Feel The Noise. On it, he travels full-circle, tapping into the very spirit of rock ‘n’ roll that fueled much of his early groundbreaking material, and is the obvious extension of his most iconic work with, what many still consider to be the most important power-pop band, The Beat.

Paul Collins’ Feel The Noise was produced by studio legend Jim Diamond (who also plays bass and guitar on the record), and will be available September 9, 2014 on CD, digital and limited edition colored vinyl through Alive Naturalsound Records.

[additional dates to be announced soon!]