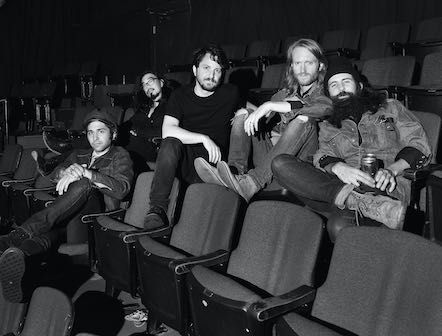 Goodnight, Texas Dissect the Turmoil of Alcoholism in ‘Jane, Come Down From Your Room’
By Blake Ells

In the years since Goodnight, Texas released their 2018 record Conductor, the band has released an EP, The Senseless Age, and a live collection titled Live in Seattle, Just Before the Global Pandemic, which largely featured an up-tempo folk and western sound.

The first track from their brand new album How Long Will it Take Them to Die, out today (Jan. 28), is quieter than their familiar foot-stomping hits, though. “Jane, Come Down From Your Room” is a grave tale of alcoholism destroying a family and the everlasting damage absorbed by the children of those dealing with the disease.

The story is a delayed reveal. The narrator eventually explains to his daughter that alcohol is the reason for his failed marriage and that he inherited his relationship with it from his father and grandfather before him. He has hopes that it won’t ruin her relationships, too.