THE A.V. CLUB PREMIERES HOLLIS BROWN’S VERSION OF THE VELVET UNDERGROUND’S “I FOUND A REASON”! 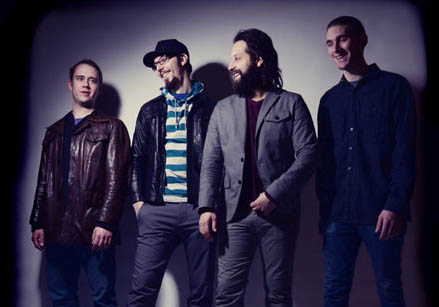 Hollis Brown likes The Velvet Underground a lot. Maybe not as much as Macaulay Culkin, but a lot. So much, in fact, that the band’s Record Store Day exclusive, Hollis Brown Gets Loaded, finds the Brooklyn group covering all of The Velvets’ 1970 classic LP Loaded all the way through. According to the band’s Mike Montali, “The Velvet Underground’s Loaded was one of the first albums we bonded on when we were first playing together. We got the opportunity to perform the record in full at a Lou Reed Tribute show in New York City after he passed. In the spirit of Record Store Day and the Velvets, we wanted to do something different, so we decided to do our take on one of our favorite albums.”

The record’s not out until April 19, but A.V. Club readers can check out the band’s version of “I Found A Reason” exclusively below and then buy the thing this Record Store Day at their favorite indie record retailer.
http://www.avclub.com/article/hollis-brown-celebrates-velvet-underground-cover-i-201812