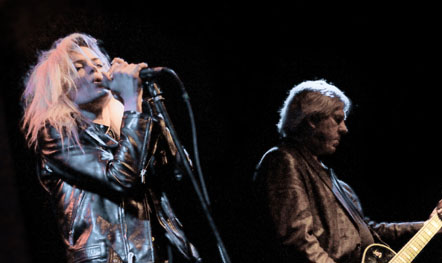 For these two late night TV performances Williamson & friends performed early Iggy Pop/ Williamson-penned Stooges’ rarities as featured on the guitarist’s Re-Licked album. These songs include “Head On The Curve” (with Biafra), “Open Up and Bleed” (with Wonderland), “‘Till The End Of The Night” (with Mosshart) and “I Got A Right” (with Kekaula).