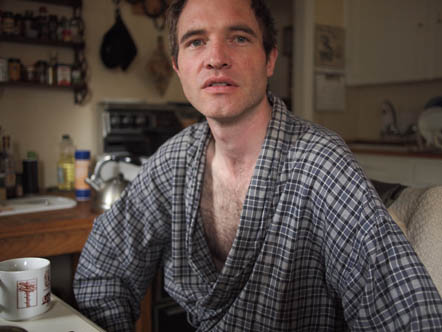 May 24 The Green Frog, Bellingham, WA

HERE’S WHAT PEOPLE HAVE BEEN SAYING ABOUT LONESOME SHACK:

“This bluesy trio calls Seattle home, but you’d swear that Lonesome Shack hail from the deepest Mississippi Delta based on this teaser from their forthcoming album More Primitive. ‘Medicine’ ambles along at the tempo of a stroll, or a heartbeat, with the rhythm battened down tight by Kristian Garrard’s steady rolling drums and Luke Bergman’s insistent baseline. But that’s the only easygoing thing about it; frontman Ben Todd howls at the monkey on his back and tries to stab it with jagged edges of guitar. Going cold turkey never sounded so good.” – SPIN

“Tired of the Black Keys’ gritty-but-then-cleaned-up-for-the-arena blues chug? Then you are in luck. Lonesome Shack haven’t left that grittiness behind” – The Stranger

“A treasure trove of mind-blowing grooves that go somewhere beyond the traditional.” – Relix/Jambands

“Straight up gritty blues that sounds just like the classics. It could be Robert Johnson’s devil owned hands petting the guitar, or Leadbelly’s voice blowing out an ancient microphone.” – Secretly Important

“…old school blues with a rocky edge that can calm your fears and give you goosebumps in the same breath.” – Dingus

“Lonesome Shack’s back-porch blues sounds just about as authentic as it comes…they have devoted themselves to the study of true roots.” – Seattle Weekly

“Lonesome Shack is faithful to their name: aesthetically distant, unpretentious and full of lyrics of restless isolation…poetically devoted to that fading Americana sound.” – Arkansas Times