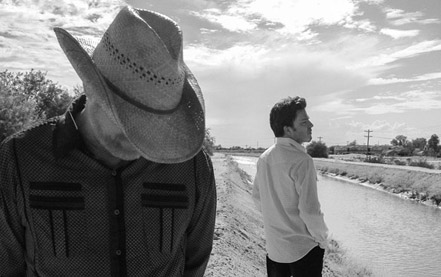 Watch Cracker’s Twangy Homage to the Country Side of California

California alt-rock stalwarts Cracker explore both the punk and country sides to their sound on the double LP Berkeley to Bakersfield. One of the highlights of the project — that is quickly becoming a live favorite, judging by a recent performance at City Winery in Nashville — is “California Country Boy,” sung by guitarist Johnny Hickman. The group put together a “video essay” for the song, which Rolling Stone Country is premiering above.

A twangy shit-kicker of a tune, “California Country Boy” makes the case that, yes indeed, the rural country lifestyle exists in the land of models and movie stars. “Ain’t no palm trees where I come from, no big waves crashing on the shore,” Hickman sings over a barroom shuffle, dispelling any notion that the Golden State is solely the idyllic version presented in popular culture.

Singer David Lowery, who cofounded Cracker with Hickman in 1991, suggests their part of California is more hillbilly than Beverly Hills. “Both areas of California that I live, which was Southern California, out by the Inland Empire, and Santa Cruz, had this longstanding country music connection. At my high school that I went to, one of the social cliques was the cowboy,” Lowery tell Rolling Stone Country. “You had the preppy kids, the stoners, and the tobacco-chewing, cowboy boot-wearing rancher cowboys.”