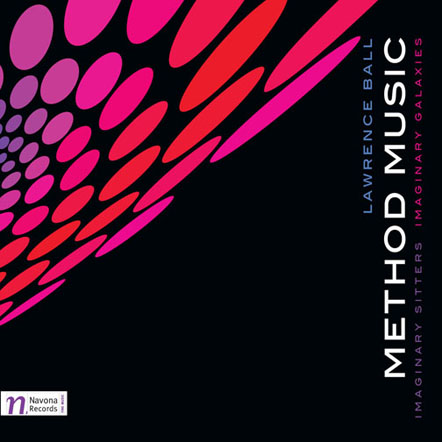 If Pete Townshend’s “Lifehouse” project never actually comes to a full realization, he’s at least prepared to watch it grow through various stages in his lifetime. What exactly is “Lifehouse” and how does it relate to Lawrence Ball and this supposed Method Music? If you are a big fan of the Who and are already familiar with Pete Townshend’s various aborted musical narratives, then you can probably skip the following paragraph.

“Lifehouse” is a grand-scale concept that Townshend has been cooking on his back burner for about forty years. The story goes something like this: it’s either a future or parallel society where, pollution being so bad, everyone needs government-issued “experience suits,” something that makes life more quaint and pleasant but the government convinces everyone they actually need them to live. These experience suits give people access to food, shelter and entertainment (it’s a bit like the internet). One family decides they don’t need all of this and consequently live off the grid. A young man named Bobby, a composer, no less, manages to hack into this vast system. He invites all inhabitants of this society, including the aforementioned family, to a liberating concert where Bobby’s computer program gives all listeners a special human touch: custom-made music for each individual, composed purely from data. Each concert-goer hands over a little bit of information about themselves, and—Presto! They have their very own song. The “Lifehouse” narrative follows both Bobby and the rogue family in search of this groovy concert. Rather than making “Lifehouse” this big, fully realized project, Townshend has dolled its contents out gradually over the years in the forms of some very notable Who songs found on Who’s Next and Who Are You.

Time and again, Townshend has abandoned the big picture of “Lifehouse” because, among other reasons, the technology to mimic Bobby’s “method music” was not available. But fast-forward to the present day and it’s a whole new ball game. Townshend approached mathematician and minimalist composer Lawrence Ball to create some software that would do the very thing Bobby’s character wanted to do in the story: taking bits of people’s personal information, plugging them into a program, and getting their own unique piece of music. Ball pulled it off and fiction became reality in the form of a now-defunct website called the Lifehouse Method. I somehow missed it, but some 10,000 people logged onto the site after its 2007 launched and each one walked away with a five-minute song—and no two were alike.

Method Music is a double album of the software’s test runs, so many of them have the dummy name “Sitter” in the title. The first song though will sound familiar for two reasons. First of all, it’s the “Meher Baba Piece,” a vignette constructed from the data of one Meher Baba, Townshend’s former spiritual guru and main inspiration for the 1971 hit “Baba O’Riley.” Secondly, this computer-generated sound is what kicked off the Who’s last album Endless Wire. If any of you were startled by the similarities between “Baba O’Riley” and “Fragments,” it was no accident. But aside from that, the first half of Method Music is about as mechanical as it can get. Each track hovers around the five minute mark and every note is sounded with perfect precision. And as cold and diffuse as that may seem, there’s a meditative quality to the sounds that can’t easily be pinpointed. Call is minimalist hypnosis if you will, but there is something oddly musical about this grand machine churning out music like it’s a series of logarithms.

The second disc is where things get theoretically more interesting. It’s built of three slow tracks, a simple matter of division applied to the “sitter” pieces, redubbed “Galaxy” and orchestrated for strings. And sure enough, they all run the same approximate length: around twenty minutes. Each one is dedicated to a musician recently passed. And I assume, since there is no mention of this in either the liner notes or the press release, that the compositions are based on their subject’s input data. I wouldn’t know how else to explain that “Galaxy 01” is dedicated to Syd Barrett, that “Galaxy 02” is dedicated to Hugh Hopper and that “Galaxy 03” is dedicated to György Liegti. There’s no early Floyd, Soft Machine or monolith anywhere in sight. Perhaps an absence of parenthetical references would help the listener process these for what they are rather than what they are not. But that wouldn’t change anything if you are the kind of person who is driven crazy by minimalism. These pieces, especially the second and third installment, go through agonizingly little change over the course of twenty minutes.

When someone goes to the trouble to boil music down to its mathematical elements, it becomes immune to criticism (great, so what am I supposed to be doing here?). Think about it; scientists of other disciplines often dismiss math as a science because you can never disprove it. To paraphrase Dennis Hopper from Apocalypse Now!, “you can’t criticize a fraction, man!” It’s a bold thing for me to give this collection any kind of grade, but the 7 comes from my own experiences of horsing around with a program called Music In Numbers with some college friends. It was developed by a man who felt that computer-generated music was the only pure music out there—that of the spheres. Based on the digits you entered, it picked tones, key signatures, tempos, instruments, and anything else you could think of. The results were more amusing than musical, but what got me was the wide field of numbers this thing could process. Lawrence Ball’s software understandably feels far more developed and capable of spinning melodies that have more than just novelty value. Pete Townshend had (and maybe still does) a specific vision and Ball has the logically deep know-how. Put them together and you get Method Music—an album that will no doubt sound like any other ever again. And that alone is admission price.
http://www.popmatters.com/pm/review/153516-lawrence-ball-method-music/