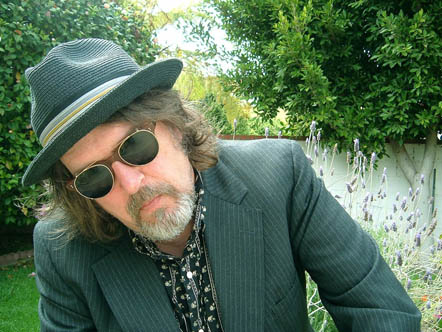 Peter Case may be the best singer-songwriter you have never heard of. And he will perform Sunday at Columbia Street West at 135 W. Columbia St.

Case’s biggest commercial splash came in 1983 when his band the Plimsouls scored a hit with “A Million Miles Away,” one of the finest odes to lost love produced in that decade (in this writer’s opinion).

But Case’s influence on popular music goes far beyond that hit single.

In 2005, the non-profit Hungry for Music solicited contributions for a Peter Case tribute album to benefit music programs in schools.

The resulting philanthropic project, “The Case for Case,” was expanded to three discs to accommodate all the artists who wanted to donate tracks.

The fact that Case is loved by his fellow musicians but is virtually unknown to most listeners is a testament to his broad musical tastes and his disinterest in working an angle.

Case says that when he was a younger man, he chased success as hard as anybody.

“We (in the Plimsouls) wanted to be the biggest band, to make a million dollars, that sort of thing,” he says. “We wanted to be a great rock ’n’ roll band and get played on the radio.”

What led to the breakup of the Plimsouls was not infighting or ego trips, Case says. It is just that he had started to write new songs that were too dissimilar stylistically to the band’s music.

“I had a lot of different things on my mind,” he says. “I had started writing songs that the Plimsouls just weren’t going to do, so I felt I had to leave the Plimsouls. I thought I had to make a choice.”

Of course, Case could have tried to stay on top by remaking “A Million Miles Away” in various ways again and again.

But Case says none of the true legends of rock music could have survived by adopting such a strategy.

“I don’t know anybody who has lasted who did that,” he says. “You don’t see (Tom) Petty doing that.”

He quit school at 15 and hitchhiked around the country, eventually deciding to settle on the West Coast. There, he formed the rock band the Nerves, which helped launch an L.A. punk scene that eventually led to the popularization of the music across the United States.

Which is ironic, Case says, because the Nerves wasn’t really a punk band.

And the Plimsouls, despite that hit single, wasn’t really a power pop band, Case says.

“ ‘A Million Miles Away’ was definitely power pop,” he says, “but it was real power pop like The Who, not that skinny-tie, mincing sort of thing.

“What we were was an aggressive rock ’n’ roll band,” Case says.

When he left the Plimsouls, Case says he was not turning his back on success; he was heading off in a direction where he thought he would achieve greater success.

For the next 20 years or so, Case pursued a critically acclaimed, if relatively obscure, solo career (with a few breaks for Plimsouls reunions).

Then heart problems looked for a time as if they might put a permanent end to his musical aspirations.

Case says the response of his fellow musicians to his financial problems made him “really happy to be part of music,” he says.

“People love music, and when you bring people something they love, that generates a lot of good will,” he says.

Case’s convalescence was long, he says, but after it was complete, he had “huge bursts of energy.”

“When you live through your worst nightmare, there had better not be much holding you back at that point.”

Case says he has no regrets about having followed such an idiosyncratic career path.

“Now that doesn’t mean I haven’t had periods in my life when I’d wake up in the middle of the night screaming,” Case says, laughing.

A musician’s life is a weird one, Case says.

“There’s no security,” he says. “But then you look around and realize that nobody else has any security either.”