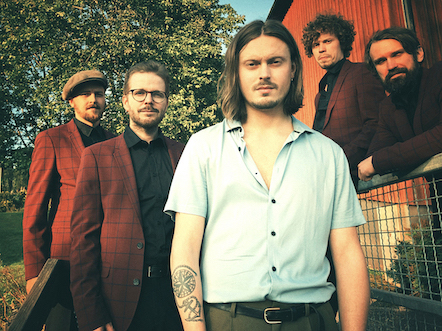 We are beyond excited to be premiering the soulful new track “Just Holler” from the amazing Jesper Lindell — who happens to have a new album out Nov 29th, btw. Everyday Dreams will be available on Black Friday on Limited Edition Vinyl, CD, digital and streaming formats via Alive Naturalsound Records.

ABOUT JESPER LINDELL
Jesper Lindell was the breakout star of 2017 on the Swedish music scene, when he released his debut EP. Produced by Benkt Söderberg, father and former producer of the world-renowned sister duo First Aid Kit, “Little Less Blue” presented a collection of songs that were equal parts soul, Americana and rock. The praise from Swedish music journalists was immediate: the notable rock guru Jan Gradvall likened Jesper Lindell to a “young, agile and karate-kicking Van Morrison”, and well-respected music magazine GAFFA noted that Lindell was a “shooting star” who seemed too talented to be a product of a such a small country like Sweden.
CLICK HERE TO READ MORE