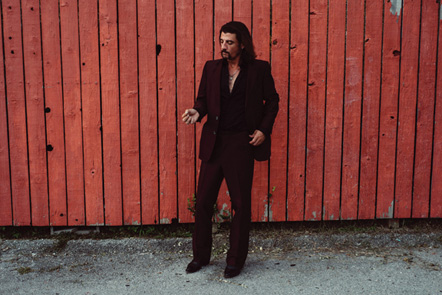 CLICK HERE TO LISTEN TO JAMES LEG’S NEW SONG “HUGGING THE LINE” VIA NO DEPRESSION!

One third of the eternally awesome Black Diamond Heavies and akin to personal favorite the Immortal Lee County Killers, John Wesley Myers aka James Leg returns with his 3rd solo effort on the great, Alive Naturalsound Records, Blood On The Keys. If you’ve ever heard a James Leg record or better yet have never seen the man perform live, blood is the last thing to leave on the keys of that Rhodes piano, everything else has been poured out by record and/or shows end. Not a terribly big man in stature but fire up the PA and set him on a keyboard stool and you’re best to find the nearest bomb shelter. Stacked high with voracious punk blues with his piano at center stage, Leg stands 90ft tall and rising.

Recorded yet again at whats become homebase recording-wise, the Masonic Lodge in Dayton, KY with engineer/producer deluxe Jason Soda at the helm, Blood On the Keys picks up where Leg’s last effort, Below The Belt left off. Chunky, rowdy, classy come clanky piano progressions with Leg’s satanic howl bouncing around the mix like Howlin’ Wolf’s third white cousin. The tracks are fleshed out with plenty meat on the bone for this effort, fiddle fills and strings, guitars aforementioned, and copious if not deadly doses of gravel punk rock. Polarized by soul numbers like “I’ll Take It” and jumpy blues the likes of record closer, “Should’ve Been Home With You”.

Leg sounds like no one, and writes like no one. That’s his beauty. If you’re looking for a soundalike pack it in and head home, you’re clearly barking aside the wrong tree. If you’re a fan of gunnite gypsy punk with a rocksteady back beat, James Leg is your eternal ediface. There is nothing like a Leg record and there never will be, no one plays like him, no one growls like him, and certainly no one rocks like him. He’s a world travelled stalwart and will be forever a gem in the Blues crown. Enough waxing poetic, here’s the premier of “Hugging The Line” in all its clanky glory. Blood On The Keys is available on September 30th here, don’t sleep.
http://ow.ly/iLZx302Kdf7 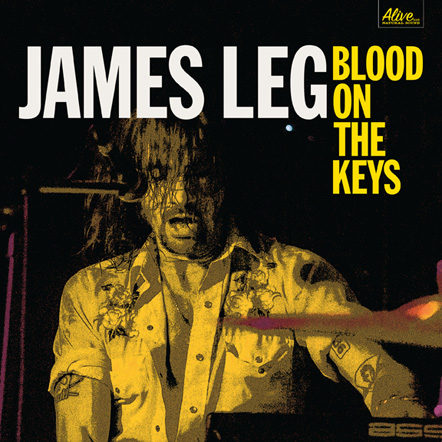