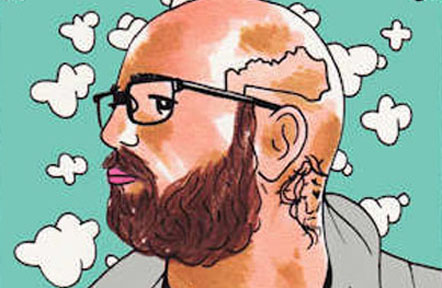 KENTUCKY SINGER/SONGWRITER JEREMY PINNELL PERFORMS NEW MUSIC FROM HIS FORTHCOMING ALBUM ALONG WITH TRACKS FROM HIS RECENT LP “OH/KY” VIA HIS NEW DAYTROTTER SESSION. CLICK HERE TO LISTEN!

HERE’S WHAT PEOPLE HAVE BEEN SAYING ABOUT JEREMY PINNELL’S ALBUM OH/KY:

“Kentuckian Jeremy Pinnell hits all the country-tune sweet spots. His voice is strong and a little mournful — you can feel his ache seep through the speakers as you listen — and the rhythm section shuffles along gently. Weepy pedal steel licks feel just right as Pinnell sings a regretful refrain of ‘I did it again,’ a familiar sentiment for any of us who’ve ever done a little backsliding.” – THE BLUEGRASS SITUATION

“Sorrow and loss are deeply woven in to the country music fabric, but they’re especially critical elements to the new LP by Jeremy Pinnell, OH/KY. With a gruff voice and a strong grasp on what real country sounds like, Pinnell spins a series of compelling yarns on the album that document the hardships of the past 18 years of his life, from drug addiction to failed relationships. These tunes are a tutorial on classic country music.” – POPMATTERS

“OH/KY shines because Jeremy sings about the times he won’t talk about. The songs are brutally honest. It feels like both a warning and an apology. This album will give you chills, but only if you have a soul.” – GLACIALLY MUSICAL

“A tribute to pure, authentic country… Pinnell captivates the listener until the end.” – KEYS & CHORDS

“Jeremy Pinnell’s new song ‘Big Bright World’ is about as authentic as country gets: western swing rhythms, weeping pedal still, deep-voiced sadness, and a narrator with a former drug problem. Still, the sun shines through, just like the title suggests.” – INDEPENDENT CLAUSES

“One of my favorite new finds.” – Sean Moeller / DAYTROTTER

[8 / 10 stars] “This is about as pure a distillation of old-timey country that you may get to hear this year. So close up them honky tonks: there’s a new kid on the block. His name is Jeremy Pinnell and his take on a solid tradition is electrifying, even if the guitars are strummed acoustically, and the beats shuffle. OH/KY is a bold record, and thoroughly enjoyable.” – INVISIBLE INK

[4.5 / 5 stars] “A first-rate Americana songwriter with bands like The Light Wires, The Great Depression and The Brothers and The Sisters Jeremy Pinnell steps into the spotlight on his remarkable solo debut OH/KY. With Cincinnati honky-tonk band The 55’s backing him, Pinnell dives head-first into old-school country music on this sublime release. I can’t recommend this one highly enough.” – PITTSBURGH IN-TUNE

“…a pure, unabashed country album and a touching portrait of a man who’s ready to face his fears and grow.” – ADOBE & TEARDROPS

​Jeremy Pinnell, Northern Kentucky’s son from across the river, is a soft-spoken man, born to an area that is equal parts Southern hospitality, Northern attitude and Midwestern charm. Raised from humble beginnings of singing in church and learning the guitar from his father, his craft quickly made heads turn and rooms fall silent. But with his departure from home at 18 to venture into the unknown with only his music, this young man soon found himself surrounded by the demons of the world he used to try and sing away.