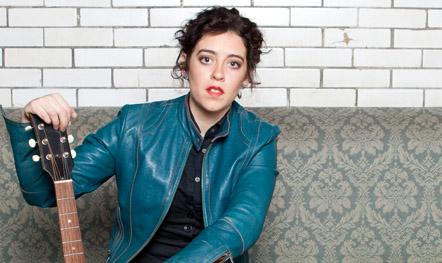 Martha Berner is a Chicago based songwriter who combines a modern rock flavor with roots music to fashion her own unique sound.  Last month she released her 2nd album with her band The Significant Others, “Fool’s Fantasy”. Her well received debut album, “This side of yesterday” was released 6 years ago.  Fool’s Fantasy was recorded at Chicago’s premiere digital recording studio Stranded On A Planet with producer & Significant Others’ guitarist Scott Fritz, and was mastered by four-time Grammy Award winner Gavin Lurssen (Robert Plant & Alison Krauss, Cat Power, Tom Waits, Leonard Cohen, etc).  It’s sure to make some top ten lists, as the CD is a pleasure to listen to.  Martha recently answered 10 questions for me.

Who are your songwriting influences?

Everyone and everything I listen to influences my writing, whether for lyrics or rhythms and melodies. Inspiration for songs also comes from reading and journalling. I don’t have one or two specific songwriting heroes. I’m often influenced by whatever I’m digging into at the time.

When and where was your first public performance?

15 years ago. I was working in a restaurant and the hired performer would lend me his guitar and microphone and let me perform later in his set, after my shift. I loved it.

What was the first record or cd you purchased with your own money?

The Black Crowes “Shake Your Money Maker” The first tape I ever owned I won off of a Mars bar. I was about 9 and it was Chicago’s Greatest Hits. Later in my adolescence, I went on a spree of stealing cassette singles from Wal-Mart. They were my prized possessions.

What was the first live concert you attended?

Which venue would you most like to play that you haven’t yet/ and which is your favorite venue to play?

My favorite venue is any outdoor venue in he summertime. That being said, playing the Chicago Theater would be pretty fantastic.

What is the best career advice you’ve been given, and by whom?

I’m still waiting for it.

Who are you listening to now?

What recordings are available to the public and where can they be purchased?

We just dropped a new album, Fool’s Fantasy, which can be found at just about any digital shop, as well as our website www.marthaberner.com

When and where are you playing next?