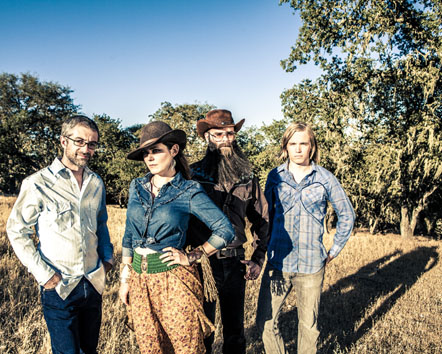 CLICK HERE TO LISTEN TO THE PREMIERE OF THEIR NEW TRACK “DRIFTER’S COMPASS” VIA MAGNET MAGAZINE!

For the two songwriters settling, for the moment, in California seems to have had more than just a slight effect on their music. Many of the dreamy guitar and vocal textures harken back to the days of the Flying Burrito Brothers or the Byrds Sweetheart Of The Rodeo period. Lean Into The Wind is as twangy as it is fuzzy – striking a perfect balance between the jittery, noisy heyday of the late sixties and the more subdued, experimental sounds of the early seventies.