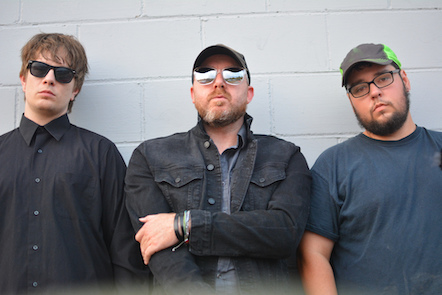 Over the past decade, the Dirty Clergy—after a handful of lineup changes, it’s now the trio of vocalist/guitarist Brian Manasco, bassist Ky Carter and drummer Cody Moorehead—has made the transition from a folk-oriented duo to a full band exploring a crisp garage-rock sound infused with lots of shoegaze touches. It all comes together brilliantly for the the Birmingham, Ala., group on the dozen-track In Waves (Cornelius Chapel), which ambitiously clocks in at almost an hour.

“Whiplash” is the fourth single/video from In Waves. “It’s a song where the title came first, and I just wrote around it,” says Manasco. “It’s basically the end of a relationship when things are mostly fine during the day. Maybe because there are more things and people to keep you occupied. When the sun starts to sink, things slow down, everything starts to come back to perspective: ‘The feeling begins when the sun goes down/The stealing of hearts and the inevitable dead sound.’”