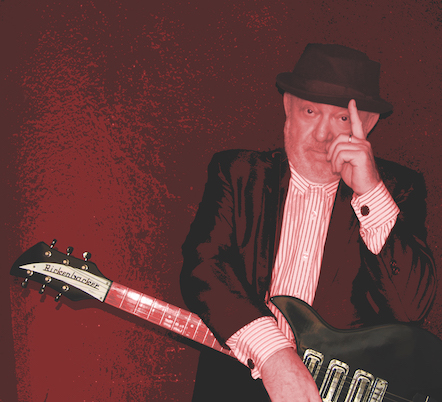 Warsaw, Poland, native Arthur Alexander was at ground zero of the New York City punk movement as guitarist for the Poppees, the first band signed to the legendary Bomp! label and an outfit that helped bridge the gap between power pop and new wave during its mid-’70s existence. A staple of the CBGB/Max’s Kansas City live scene, the Poppees broke up in 1976, and Alexander went on to form the seminal Sorrows before moving from NYC to L.A., where he’s worked producing records for younger bands. Now, he’s back making his own music, and the result is the 17-track One Bar Left (Dead Beat, May 4), a collection of newly recorded songs selected from tunes he’s written over the years.

Today, we bring you the LP’s title track. “I wrote this song in Brooklyn,” says Alexander. “If anyone thinks this is about some down-and-out, broken-hearted guy desperately looking for a place to have a drink, it’s far more involved than that. While on tour with my band Sorrows, we were loading in for a show at the Bowery Electric, and my cellphone fell into a rain puddle. I dried it in rice overnight, charged, recharged and charged again—and again. Alas, the battery showed only, well, one bar left! And it was downhill from there. I spent the whole day running around Brooklyn trying to save it. The phone died a tragic and slow death, but the song was born.”

We’re proud to premiere “One Bar Left” from this onetime Beatle of the Bowery today on magnetmagazine.com. Check it out now, watch the video teaser below, and, kids, hold on tight to your cellphones.
http://magnetmagazine.com/2018/03/15/magnet-exclusive-premiere-of-arthur-alexanders-one-bar-left/