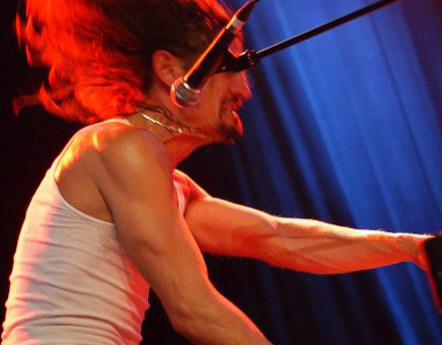 Music Sunday: James Leg of Nashville Blues/Rock/Garage band Black Diamond Heavies has spent much of this year touring the world in support of his solo debut (and taking along Cincy uber-drummer Andy Jody and what looks to be a heavy keyboard set-up). Sunday night, he’ll be bringing the tour to Junker’s in Northside for a free show. Below, check out a really cool vid with footage from one of the twosome’s last appearances at Junker’s.