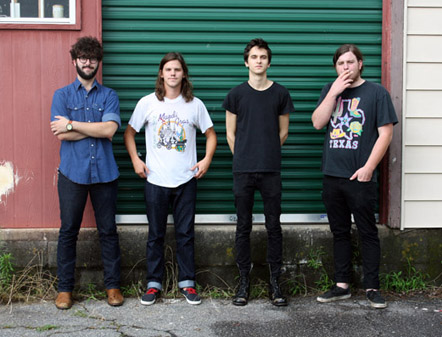 HERE’S WHAT PEOPLE HAVE ALREADY BEEN SAYING ABOUT TEDO STONE:

“Stone’s swaggering self-assurance shines through as he guides his band through one blissfully exuberant melody after another, throwing off hints of T. Rex and the Strokes in the process.” – LATEST DISGRACE

“Georgia’s Tedo Stone and band traffic in a brand of ’70s-esque, swaggering, peach fuzzy guitar rock, drawing influence from T. Rex most notably. A sound bound to interest Strokes Fans, as well as anyone who appreciates melodic rock.” – POPMATTERS

“Hearkens back to the Stones circa Out of Our Heads. A variation of the skinny white-boy insouciance popularized by Mick Jagger… Stone laces the retro sounds with contemporary touches that keep things lively and surprising.” – Bud Scoppa / GEORGIA MUSIC MAGAZINE

“This guy is blessed with a powerful, soulful voice with a strange, sharp timbre to it, lending a mystical texture to songs that tend to draw from the darker edges of blues, country and ‘70s rock.” – STOMP & STAMMER