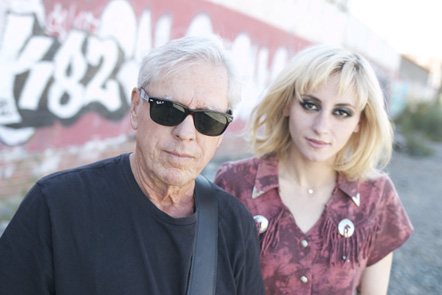 JAMES WILLIAMSON (IGGY & THE STOOGES) TEAMS UP WITH NEW TALENT MAIA ON NEW SINGLE “SICKKK” / “I MADE A MISTAKE” OUT NOV. 11TH ON 7″ VINYL & DIGITAL FORMATS

James Williamson—Iggy & the Stooges’ guitarist and Rock and Roll Hall of Famer—recently teamed up with Maia, a 19-year-old newcomer, to record “Sickkk,” a heavy new single.

Today, GuitarWorld.com presents an exclusive stream of the song, which will be released digitally and on 7-inch vinyl November 11.

“I first came into contact with Maia through Jason Carmer, my engineer in Berkeley,” Williamson says. “He played me something she had written and sang, and I was instantly intrigued.

“I had him ask her to come down to the studio the next day [Maia is from San Francisco] and I was blown away by her enthusiasm, talent and the nuance of her vocals. We decided that day to write and record these songs together, and this is the result of that effort. We hope you like ‘Sickkk’ as much as we do.”

You can check it out below. It also happens to be available for preorder on 7-inch vinyl and via iTunes.

This legendary ax has been used on every record Williamson has made—from 1973’s Raw Power, his first album with the Stooges, all the way through 2016. Williamson is donating the Leopard Lady Cherry Burst Les Paul Custom and his Gibson B25N acoustic to the Rock and Roll Hall of Fame Museum. He wrote most of the music on Raw Power on the B25N and also used it on Kill City, which he recorded with Iggy Pop in 1975.

For more about Williamson, visit straightjameswilliamson.com. 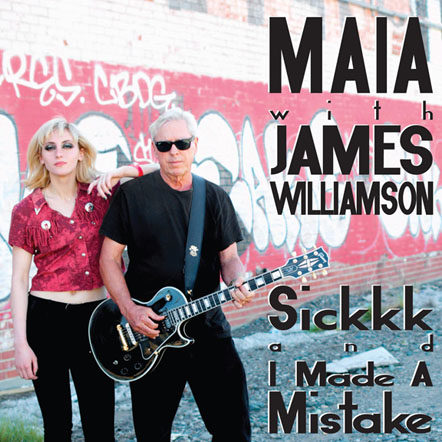