GREAT REVIEW OF THE BLIPS’ NEW ALBUM VIA THE VINYL DISTRICT! 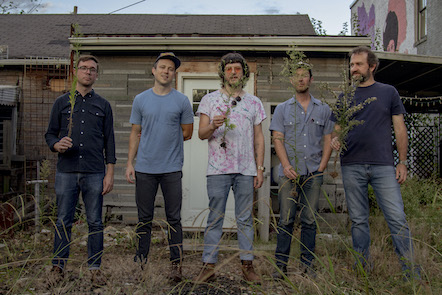 The cover of this record is designed like a set of nine buttons, or what some folks refer to as badges (people pin them to guitar straps and thrift store suit jackets), all of them different but all featuring this Alabama band’s moniker. It is a sign, to borrow a phrase from Peter Noone, that I’m into something good. To elaborate, The Blips, who consist of experienced players from numerous other projects, specialize in punk-edged power-pop Southern-style. I dig the hint of twang in the riff-laden opener “Inside Out,” and also the wavy-quirky opening to “Same Do.” But y’know, I queued this set up for what was essentially a blind test drive (as I am wont to do), and roughly halfway through (track five of ten) I was like, hey, this sure sounds like “Wild Thing.” Then the vocals come in, and I was like, hey, it’s a cover. Then just as quick it was apparent it wasn’t, but rather a tribute of sorts to the mighty Troggs (it’s titled “Wild Thing II”). Point is, these slicksters have their combined head on straight. In terms of tough melodic action from the region, this is up there with Gentlemen Jesse. A-
http://www.thevinyldistrict.com/the-tvd-record-store-club/2021/04/graded-on-a-curve-new-in-stores-for-april-2021-part-one/