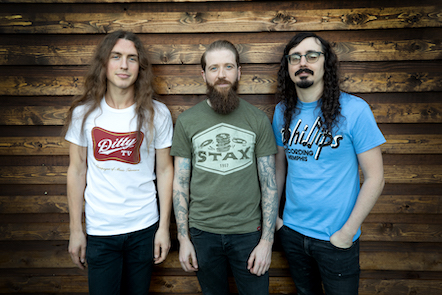 Today Glide is excited to premiere “Tell The Truth,” one of the standout tracks on the new album. Coming in hot with a wave Jimi Hendrix-esque guitar that turns into a loose blues riff, Toland sings in a style that feels equal parts Dan Auerbach and cranked up 70s rock and roller. Backed by a steady in-the-pocket beat, he rambles along with little flourishes of guitar before laying into a blistering solo at the tail end of the song. The song is both a faithful rendition of Otis Redding’s classic song and an inventive, bluesy interpretation that feels feisty and modern.

Toland explains the inspiration behind recording Redding’s tune:
“It’s rare that a song connects with me on a level deep enough to make me want to record it, but when I first heard Otis Redding’s version of the song, I knew I wanted to cover it. It seemed so natural to play that our personal arrangement of it just flowed out in a natural way. The style that came through on the Otis Redding version was definitely the definitive sound of Booker T and the MGs as the backing band. Instead of trying to imitate that, we just tried to get the same feel on it. “

Dirty Streets’ Rough and Tumble will be released on limited vinyl, CD and digital & streaming platforms on July 31st via Alive Naturalsound Records.