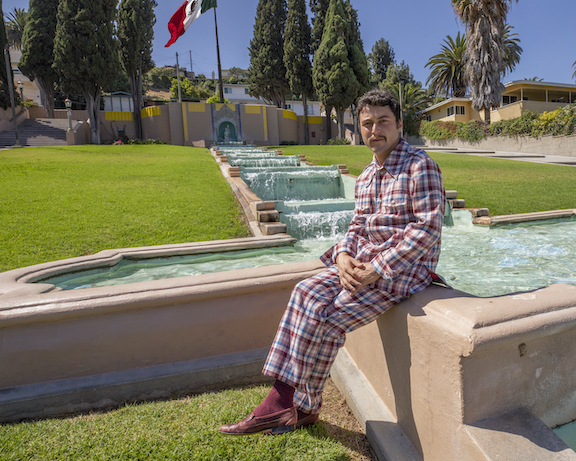 Conceived in the 1980s in Mexico and brought to California through the border inside of his 6-month-pregnant mother, Rudy de Anda is releasing his debut solo record, Tender Epoch (September 18 via Karma Chief Records), a love letter to the long historical lineage of rock ’n’ roll music as interpreted through his multicultural lens. “I write my own story, I don’t want to be defined by any scene” De Anda proclaims of his personal journey, and his ability to adapt and flit between cities and cultures is part of why L.A. Record has called his sound “deliberately difficult to classify, familiar but novel at the same time.”

Today Glide is excited to premiere the video for “Espume,” one of the standout tracks on the new album. Blending psychedelic Mexican rock with the Latin grooves of Chicano Batman and jangly pop guitar, De Anda sings passionately about taking on life’s uncertainties. The video brings to mind French and Italian cinema of the 60s, with its protagonist whimsically wandering sunny California streets and taking part in activities that aren’t exactly legal. There is a sense of romance in the way De Anda sings, and his vocal exuberance is matched by spunky, soaring musicianship.
[Click here to read more]