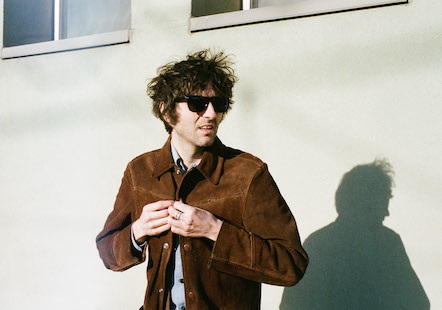 Jerry Leger has a thing for ghosts. The Toronto singer/songwriter confirmed it a couple of years ago when he went on a personal journey to explore many of Ontario’s largely unknown ghost towns, having been inspired by the writings of historian Ron Brown. Leger has immortalized one of those towns, Burchell Lake, on his new album Time Out For Tomorrow (out November 8th via Latent Recordings), containing 10 portraits of the impermanence of life, love, or simply catching a glimpse of a shooting star.

Today Glide is excited to premiere “Canvas of Gold”, one of the standout tracks on the new album. Awash in slide guitar and organ, Leger’s naturally soulful and folk vocals fit perfectly over the track’s shimmering optimism. That isn’t to say the lyrics are hopeful, but the best artists are able to turn the darkness of life into a unifying piece of music. With “Canvas of Gold”, we get the kind of sentimental and rootsy blues-meets-country soul that is reminiscent of the more faster tunes of Magnolia Electric Co. while also bringing to mind a 70s country rock sound.

Jerry Leger describes the inspiration behind the song:

“It’s a road worn hustlin’ song. I come from family where commitment and hard work has always been valued over how much money you had. It’s what you do with it when you have it but the rich get richer and the poets die in the gutter. I’m trying to find optimism in the song though. Hank Williams once said something like a song ain’t nothing in the world but a story with music set to it. I kinda think of songs starting with a fresh canvas and what little dabs of words on paper and notes you play create the story you wanna tell. You never know where they’ll go and where they’ll take you.”