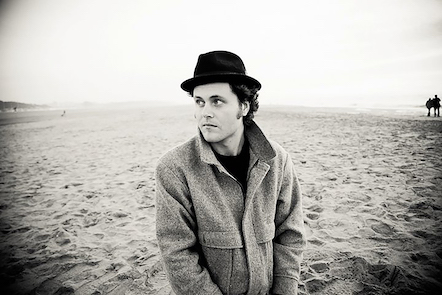 Sales’ musical career started with a lot of listening. By the time his dad and uncle gave him drums for his 10th birthday, he had already internalized their musical legacy, the elder Tony and brother Hunt having made legendary recordings with Iggy Pop, Todd Rundgren and David Bowie, among others. Years later, the jazz, R&B, and rock-and-roll that was drilled into his head would lay the foundation for his own music.

After spending years working with several Bay Area groups including Oakland’s art-rockers Everyone is Dirty, and late ’70s SF punk band Negative Trend, Sales finally picked up a guitar and began writing in earnest. Following a few years of demo recordings, live shows, and line-up changes, Ardent Sons, whose principle members are Sales and Bay Area multi-instrumentalist Dave Flores, is ready to release their debut record, No More Than This. It is a sincere reflection on life unfolding, always looking up, but grounded in the impermanence of the human condition.

Ardent Sons’ No More Than This will be available May 3 on vinyl, digital and streaming formats via Wondertaker Records. Ardent Sons will be opening up for the Flamin’ Groovies’ local San Fran show at The Chapel on Friday May 10. Tony will be doing double duty that evening – fronting his own band Ardent Sons and then drumming with Flamin’ Groovies (the latter who will be performing their classic LP Teenage Head in its entirety, featuring original singer Roy Loney).

Today, Ghettoblaster has the pleasure of premiering “Anything Helps.” This is what Sales says about it.

“‘Anything Helps’ is about extending love and generosity to those around us. Living can be hard. You walk out of the house and see people barely holding on. Whether it’s a stranger with a sign at an off-ramp, begging for change, or a friend or family member going through hard times, sometimes we need reminding that just a little bit of love and understanding can make a difference.”