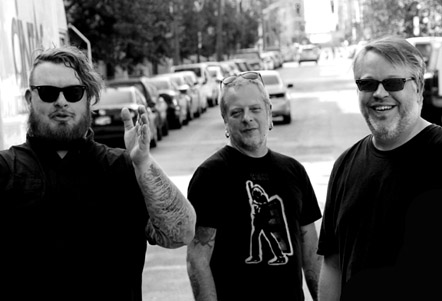 Scalp Or Be Scalped, the upcoming album from Cincinnati’s Ohio Knife, isn’t out just yet. But while you wait for what is sure to be a kick-ass rock and roll release from the trio, you can take a peek at “Wish I Knew”. This song is everything that Ohio Knife represents. Raspy and bold vocals meet a hard-rock guitar feel, but don’t let that fool you. Deep down, these guys are full of Midwestern roots and create one-of-a-kind music that meets you in between classic headbanger riffs and sweet, Southern soul. Jason Snell (guitar and vocals) says, “‘Wish I Knew’ came about as an accident. Joe Suer and I were playing as a two-piece under Ohio Knife at the time (one of our first shows), a bigger show at Bogart’s in Cincinnati. I broke a string on my double-neck Danoelectric guitar, and then went to the other guitar neck on that guitar. I made up this chord progression on the spot, [it] sounded pretty rad, so the song spilled out of that string being broken live on stage. When we went to record it, and flush out the words. I made sure it was all about discovery and wonder, the idea of ‘wouldn’t it be great if we had all the answers…’” Listen below and get your hands on Scalp or Be Scalped on October 21st. -Brenda Hillegas http://www.elmoremagazine.com/2016/10/premieres/cincinnatis-ohio-knife-shares-wish-i-knew-from-scalp-or-be-scalped 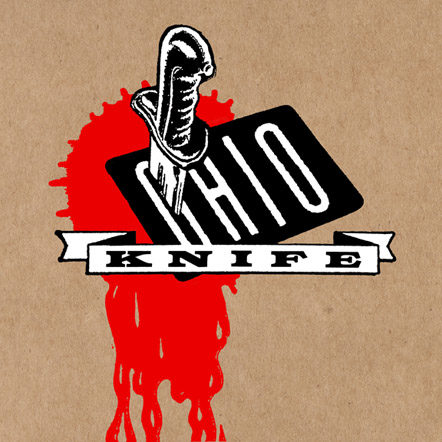