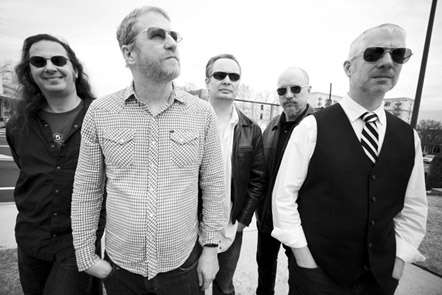 Cracker and Camper Van Beethoven will be rolling into the Joshua Tree region of California next month to co-host their 8th annual CAMPOUT “The OCHO” music festival.

CAMPOUT 8 will take place September 13th, 14th and 15th at Pappy & Harriet’s Pioneertown Palace in the High Desert of Southern California. The locale of this fest ties in perfectly with Cracker’s own history as their signature album Kerosene Hat was recorded here back in 1993 in the now-closed movie soundstage next to the Palace.

Previous CAMPOUT’s have hosted a broad range of indie, alternative, blues and country acts and this year’s bill features the talents of Chris Shiflett & the Dead Peasants (of Foo Fighters), Gram Rabbit, Calamity, The Dangers, Lightning Starts Fire, The Piggies and Niantic. Along with full band performances from both Cracker and Camper Van Beethoven (the latter previewing new music from their forthcoming studio album), there will also be a number of performances from various members of both bands, including Jonathan Segel (performing material from his recent All Attractions double album), Victor Krummenacher, a special David Lowery/Johnny Hickman semi-acoustic Cracker duo set, as well as Johnny Hickman (performing material from his recent Tilting LP).

Bandmembers from both Cracker & CVB are currently available for interviews.