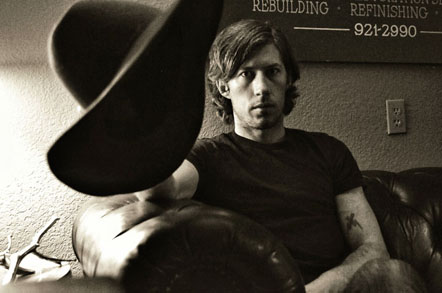 Collin Herring clearly remembers the moment he began writing “Kicked Around,” a candid song about a long-term relationship that had gone stagnant.

“I was in apartment 205. Over three years ago. She was getting ready. It was morning. I was sitting on the couch,” the Texas musician tells CMT Edge. “I sang, ‘I believe today is going to be a much better day,’ to some chords. That was as far as I got.

“A year passed. The night before going into the studio she said, ‘I really wish you would have finished that song about it being a better day.’ Me, too. In fact, it had been on my mind a lot. I really wanted the song to make the record. It didn’t seem complete without it.” With studio time imminent, Herring started finishing up the song, conjuring up old memories and wondering if she ever imagined how things would turn out.

“I tried to go back to that day I wrote the opening line the best I could,” he says. “But sometimes when you go back you can’t help but take things with you.”

Herring says the “pure, unadulterated newness” of the song gave a sense of momentum to the recording. Plus, the musicians tracked their parts live, making eye contact with each other, which gave the sessions a natural vibe.

“It felt like we were just playing and not recording. I remember looking around during the bridge and just feeling the ground shake,” he says.

“Truthfully, my Dad’s steel just brings so much emotion. It’s almost eerie. On this song especially, the pedal steel chases you, knocks you down, stabs you and then dances on your grave,” the singer says. “Ben Roi pours his soul out. You can see it when he plays. Something else is going on other than just playing notes. That’s what makes him exceptional.”

Herring’s upcoming album, Some Knives, will be released on May 13. Check out the CMT Edge premiere of “Kicked Around.”