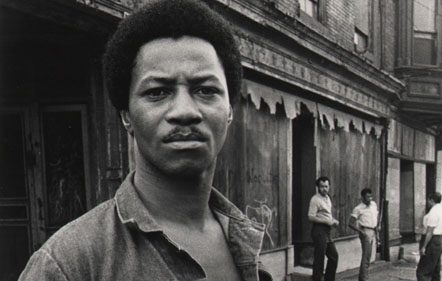 Charlie was doing well financially with his singing partner, Joe Pond, making frequent trips to Europe as Sam & Dave and alone as Ben E. King. In the meantime I signed with Canyon Records and had plans of Charlie being the other Swamp Dogg; that’s why the two “t’s” in Spitt.  Upon release the album started getting play on underground stations, but Canyon went belly-up before sales could be realized. Charlie was on the FTA Tour with Jane Fonda, Dick Gregory, Peter Boyle, Donald Sutherland and I. I signed Charlie to United Artist but that didn’t last long. Just a single and they gave me the album back. Charlie’s contract called for two albums a year, so they had to pay us for the non-existing album. This gave credence to the axioms, “there’s some dumb motherfuckers in this industry” and “money don’t make you smart.”

Charlie is in Brooklyn, N.Y., where he’s a recent widower, avid gambler who always wins, and a sometime performer. If I divulge more you won’t buy my autobiography. – Swamp Dogg

1. Put A LIttle Love In Your Heart

6. Who Do They Think They Are

11. Between The Lines (bonus track exclusive to CD)

13. That Ain’t My Wife (bonus track exclusive to CD)

Re-released for the first time on vinyl since its original release in 1970! Produced by legendary soul singer / songwriter / producer Jerry Williams Jr., aka Swamp Dogg, Lightnin’ Slim‘s High & Low Down will be available June 25th on CD and in Limited Edition Colored Vinyl exclusive to Bomp-mailorder.

And here is Swamp Dogg’s hllarious recollection on tracking down B.B. King 43 years ago for the above liner notes, along with his own take on Lightnin’ Slim:
After chasing B.B. around the globe for six months, the above doesn’t give me any insight as to how he feels about the recording or the artist. He’s a championship skater when it comes to saying nothing about a motherfucker.

After meeting with Sid Seidenberg, his deceased manager, I had to step out of the picture and let my wife (now deceased) Yvonne take over. She was a master when it came to detecting bullshit in any situation. Anyway, he finally wrote these watery liners after Yvonne went up to his penthouse suite in a ten star, New Orleans hotel; the Rosemont or some sh*t that had to do with a Mont.  I went back to the Ramada, after thinking about leaving my wife with a famous multi-millionaire blues singer. I said to myself, “fuck these liners, I’m going up there”.  I knocked on the door like a gentleman with my .38 in my shoulder bag. An attendant opened the door and the place was laid out with all kinds of champagne, finger sandwich sh*t, wines, food, etc. Don’t get me wrong, I didn’t blame him if his goal was what I thought. I just intended to foil the plot, and if Yvonne’s hair and clothes were disheveled, I was going to do some damage to both, and maybe (?), jump out the window. Nooooo, fuck that!  Upon my entrance and being introduced to him by my wife, he offered me a drink and commenced to write the above notes that could apply to any blues singer.