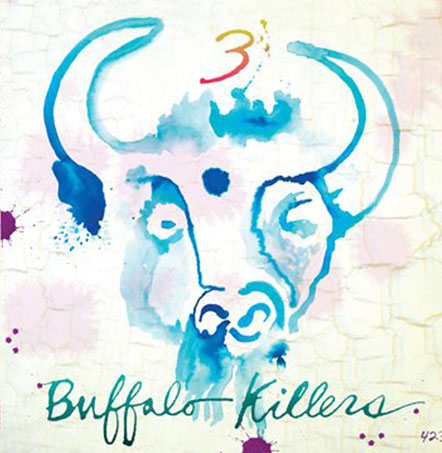 Cincinnati’s Buffalo Killers might hail from the other end of the Buckeye State, but their artistic trajectory (up to the release of 3, that is) mirrors that of Cleveland’s James Gang. Like their heroes, the power trio has tempered their chunky riffage and thunder grooves with country-flavored folk rock that’s heavy on the sweet, high harmonies. In other words, 3 is best listened to not on Saturday night, when the keg flows unimpeded, but rather Sunday morning, when the only thing that can clear that foggy brain is a brisk swim in a cold lake tucked inside Ohio’s rolling foothills. [J.F.]
http://www.rhapsody.com/#blog/2011/12/rock2011

In addition, Buffalo Killers album 3 also made the Best of 2011 list in the Cincinnati weekly CityBeat, where they claim, “On the hard-touring Buffalo Killers’ third album, the retro-tinged Psych Pop trio’s songwriting reached a level of excellence on par with the legends that inspire them.”
http://www.citybeat.com/cincinnati/article-24648-the_year_in_your_ear.html