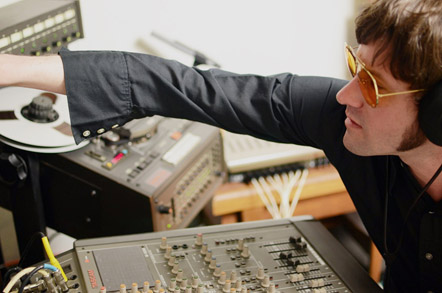 Brian Olive’s  Two Of Everything is in stores now and available in the following formats: CD, Digital and Limited Editions of both Red & 180 gram vinyl.

CLICK THE IMAGE BELOW TO WATCH THE MAKING OF DR. JOHN’S LOCKED DOWN WITH BRIAN OLIVE AND DAN AUERBACH:

HERE’S WHAT PEOPLE HAVE BEEN SAYING ABOUT BRIAN OLIVE’S TWO OF EVERYTHING:

Two Of Everything is a smorgasbord of delights and unexpected touches, mixing gauzy psych-pop with blue-eyed soul. – Q MAGAZINE ****

An album you don’t just listen to, you feel it. – HYPERBOLIUM

The retro beauty of the instruments throughout is spellbinding. – ARTROCKER UK ****

Olive has captured the flavor of 1960s Brit-blues on the cusp of spreading into more exploratory areas. – THE INDEPENDENT UK ****

The album’s peaks land as its tempo dips on the irresistible flute-driven “Go On Easy” and swirling sax on “Traveling.” – MOJO ***

Two of Everything should be played over the loud-speakers at pool parties, cookouts, and—here’s hoping—a summer celebratory crawfish boil. – A-LINE MAGAZINE

[The song] “Left Side Rock” has neat boogie-woogie riffs and a slinky beat reminiscent of Primal Scream’s “Rocks,” while“Go On Easy” is airy flute-driven psychedelia and “Strange Attractor” is a hypnotic blend of R&B horns, far-out solos and metronomic dronerock. – FINANCIAL TIMES ****

With Two of Everything, Brian Olive is two for two in making smart, distinctive albums that push his blues and R&B influences in unexpected, compelling directions, matching and building on the strength of his debut. – ALL MUSIC