BONNIE WHITMORE TO RELEASE HER SECOND STUDIO LP “THERE I GO AGAIN” 6/11! 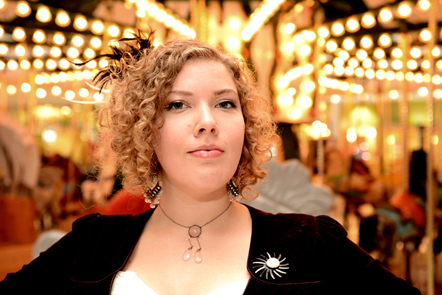 “I feel like I’ve grown up a lot,” she says. “I just turned 30 this year, and I’ve been in the business 15 of those years. There’s been this humbling aspect to my writing, this attempt to make the songs in a way that’s singable and relatable. It’s not as selfish as Embers, which was a record I needed to do to get through that period of my life. This one’s more a celebration of some successes but also learning from failures. Plus, nobody wants to hear two breakup albums in a row.”

“We knew when we had these songs that we were making a pop record,” says Whitmore. “It’s not the same Americana sound that we had with Embers. This one is a lot more put together. I think it comes across as more polished. It’s definitely a pop record, and I love pop records.”

She cites Tom Petty’s ability to balance the earthiness of roots music with hooky pop parts as the model she aspired to on the album. “He made these amazingly awesome pop songs, but he was able to keep them within the lines, so you could hear just how beautiful these melodies were,” she says. “I hate the phrase – ‘who inspired you?’ – but his music has had a great influence on me throughout my life.”

By 15, Whitmore was playing professional gigs outside the family. She sang in Hayes Carll’s band for a while, and recently she spent quite a bit of time touring and recording with the Mastersons, the husband/wife band featuring sister Eleanor and Houston native and guitarist Chris Masterson.

“Those can be hard ones to play,” she says. “Three hour gigs, and it’s disheartening to play when nobody cares. It can be a humbling experience.”

But her album title speaks to a commitment to her music. “It seemed like a pretty good title for a second album,” she says. “But it has that sense of what you’re doing when you’re putting out music: Diving back into the deep end and seeing how well it floats. Nobody is really doing this for the money. Doing this because you love it is the only reason to do it at all. There’s nothing else I’d rather do. Once you’ve grown up and realized that’s your place and it’s what you’re meant to do, it doesn’t seem so bad. Then it doesn’t seem like you’re giving up anything. Sometimes you have three people come out, sometimes 30 or 50 will come to the show. But they do it because the love it and care about it and spend their time doing it. It goes back to Woody Guthrie playing union halls. It’s romantic in a way to know that this life is one you’ve chosen. And that it’s worth it in the end.” – andrew dansby

Bonnie Whitmore’s There I Go Again will be released on CD and digital formats on June 11th through This Is American Music.

There I Go Again Tracklisting:

5.Too Much Too Soon

“With a voice that goes from whispering softness to full throttle and alto to soaring soprano, and songs that plumb relationships with lyrics referencing Lewis Carroll, Hunter  S. Thompson and Radiohead, Bonnie Whitmore’s got Americana fans clamoring to hear her new work.” – AUSTIN MONTHLY

“Although her sultry Southern voice and country sound pay rightful homage to her roots, Whitmore’s music reflects an angst all her own.” – FLAGPOLE MAGAZINE