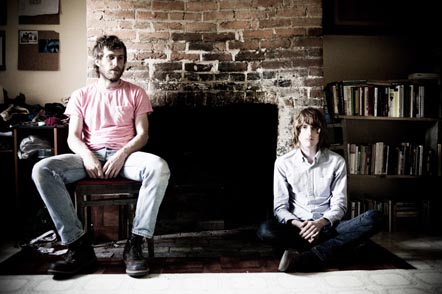 Listen to the group’s amazing new record below – it immediately became a BLURT fave before the thing had even finished spinning first time around. A constantly burning flame, indeed.
By Blurt Staff

Lexington, KY-based band Englishman is led by Andrew English (formerly of The Scourge of the Sea) and features Justin Craig (formerly of These United States & The Scourge of the Sea) and Matt Duncan. The group’s amazing new Unsafe & Sound EP is due next week (Nov. 19)—it’s the followup to 2010’s self-titled full length—and you can check out the haunting, bittersweet indie-folk-pop in advance right here:

According to the band, “Unsafe & Sound began as a feeling that the ways in which we participate in the human experience are changing too rapidly to process. It began with a response not unlike a viewer has during the course of a dystopian movie marathon. The songs on this record are not offered as suggestions or wisdom, but as replacement windows of differing sizes and opacities. They are newly available lenses of undetermined accuracy.”

The songs were recorded in 2011 in Lexington then mixed by Justin Craig in Brooklyn, NY. The band notes that it “reflects an overall urgency for preservation and nerve that the previous self-titled album does not. During ten days of recording, a fire was kept outside of the recording space and continued to burn for the duration of the recording. It was tended throughout the day and rekindled each morning with care. It even rained heavily one night.”
http://blurtonline.com/news/audio-premiere-englishmans-entire-new-ep/