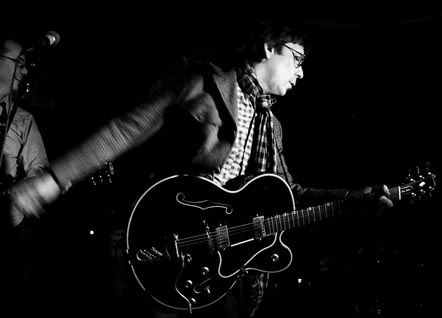 The whole album is coated in that timeless luminescence which underpinned this most special of bands [The Flamin’ Groovies], and is a Grooviemaniac’s delight, stuffed with vibrant songs and those untouchable guitars, ranging from scathing rockers to lustrous Stonesy ballads. Wish I could go on; just get it. –  SHINDIG!

It’s little surprise that these recordings led to a fully-fledged Groovies reunion; all concerned seem resolutely match-fit, and Wilson’s voice has lost none of its ruffian attitude. – RECORD COLLECTOR

Tilts in the direction of classic mid-period Stones and psych-era Beatles, which won’t come as a surprise to longtime Groovies watchers. – BLURT