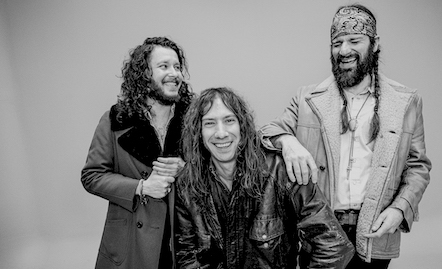 Why did Handsome Jack record a version of Wilson Pickett’s 1965 iconic “In the Midnight Hour” (premiering exclusively below)? Pretty much for the hell of it.

Jamison Passuite, singer and guitarist for the rock trio from Lockport, N.Y., tells Billboard he and his bandmates have long been a fan of the soul classic and have even covered in shows, albeit in a fashion “more faithful” to the original. Handsome Jack was between albums (it’s released two so far) and “wanted to just put something out there — maybe a cover to keep people’s interest piqued before the next record comes out. So we took that song and made a little more of a rock n’ roll version. It was all last minute, but it worked out.”