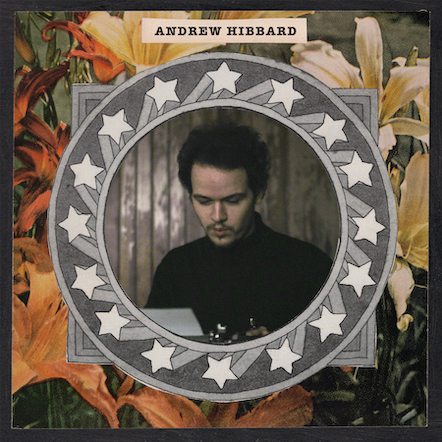 Click here to listen to Andrew Hibbard’s new self-titled LP in its entirety via American Songwriter.

Right now Andrew Hibbard is gearing up to release his new self-titled album via SofaBurn. Today he premieres the doleful collection of country-folk numbers on American Songwriter and discusses his experience crafting them.

“I wrote these songs when I felt like it,” Hibbard tells American Songwriter. “I didn’t try really. Trying to write something always ends bad for me. The magic moments are floating around in the moment, so you gotta be in tune with the moment to find them. Preparing does no good for me.”

On the album, the Ohio singer-songwriter delivers 12 twangy, transportive tunes that evoke many of Hibbard’s beloved country and folk forebearers, such as Hank Williams, Bob Dylan, and Chet Atkins.

Hibbard’s vocals are gruff and sorrowful on the album opener “Changes.” “My voice has grown coarse / and my veins they have seen misery / and my blood it was thinned while the black tar grinned patiently,” he drawls. “Mama, mama, mama / please don’t look at me / ‘cause these changes I’ve gone through / might make me quite hard to see,” he continues, his voice complemented by mournful steel guitar, meandering bass, and clanking piano. “Somewhere I know that peaceful place just waits for me / So until then I change until I’m set free.”

“I wasn’t taking very good care of myself,” Hibbard says of the period when he wrote the songs on the album. “I just wrote them because I felt like it and was just trying out new things. I went and watched a few people in town and asked these guys who I’d never played with if they wanted to cut a record. There was no rehearsal, no learning the songs, or any of that. It was so fast, because I did it the way I wanted to do it. Nobody was trying to structure it. Every song on this record is one note away from completely falling apart. It was exciting to not care and trust your killer instincts.”

Hibbard recorded and produced the album with Zach Gabbard (of Buffalo Killers), tracking the songs in quick succession. “We got there, and Zach would put the quarter inch tape on the reel, we’d cut the song in one take, have a drink, and cut the next one,” says Hibbard of the process. “The whole thing was done in like 6 hours or something like that. The piano on the tracks is the piano from where Hank Williams recorded in Cincinnati.”
CLICK HERE TO READ MORE