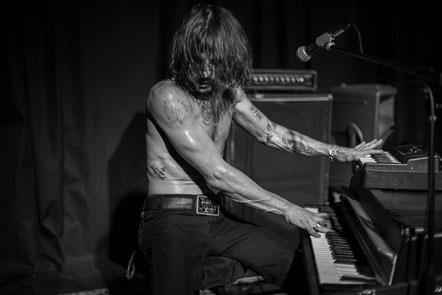 CLICK HERE TO LISTEN TO THE PREMIERE OF JAMES LEG’S NEW ALBUM “BELOW THE BELT” IN ITS ENTIRETY VIA ALLMUSIC!

The new album from musician James Leg, also known as one half of the rowdy blues/punk/soul hybrid Black Diamond Heavies, could pass as the soundtrack to some sort of immoral revivalist service. His second solo record, Below the Belt is built around Leg’s thick keyboard sound, driving drums and his wildly charismatic and gruff vocal performance. The album veers from sonic punishment (the good kind) to a few more reined-in tracks, like “Disappearing,” “October 3,” and especially the ambitious closer, “What More.” So even if you’re not the rambunctious type, there’s plenty to check out. – By Chris Steffen 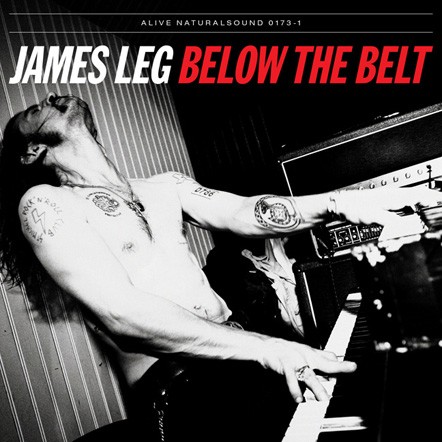