PRAISES FOR RADIO MOSCOW IN ALL MUSIC! 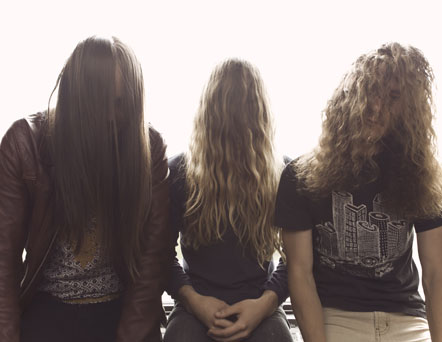 The Great Escape of Leslie Magnafuzz – Radio Moscow
by Jason Lymangrover
Chaotic from start to finish, Radio Moscow’s third album Great Escape of Leslie Magnafuzz is all about playing vintage riffs as hard and fast as possible. The group takes the fundamentals of garage and blues-rock, and pushes them to the max with on-stage energy. The only thing is, they aren’t a group at all. With the exception of the bass parts handled by bassist Zack Anderson, Parker Griggs plays every instrument on the record. His hyperactive drumming and screaming, wah-wah fuzz guitar solos are beyond showy, and he’s a powerful singer to boot, with his beefy yet tuneful growl. The mood and tempo of Great Escape of Leslie Magnafuzz is relentless, which can be a plus, but because there isn’t much variety in Griggs and Anderson’s simple, blues-based musical vocabulary, the multi-sectioned songs sometimes run on and on, like aimless jams, until the intensity starts to become a blur. Still, the duo plays hard as hell, and emulate the early-‘70s revival to a ‘T’ (right down to the psychedelic production and crazy studio panning and echo tricks). Sure, “Turtle Back Rider” is derivative of the Jimi Hendrix Experience, and “I Don’t Need Nobody” is a lift from the Allman Brothers Band all the way, but you can’t blame them. Radio Moscow’s just following in those bands’ footsteps of taking old Delta blues riffs and amping them up. In this case, way up.
http://www.allmusic.com/album/the-great-escape-of-leslie-magnafuzz-r2286929/review