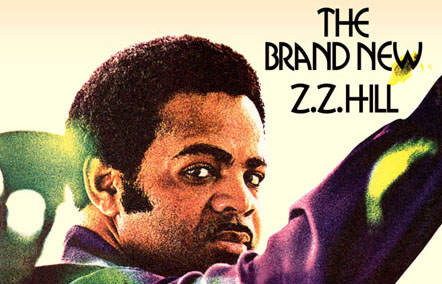 Blues singer Z.Z. Hill first made records for Atlantic, Kent, and in 1971 scored his first big hit for United Artists, followed by others on Columbia. In the ’80s he single-handedly started a blues revival in the USA with the smash-it “Down Home Blues.” The Brand New Z.Z. Hill was originally marketed as a Blues Opera, an oddity back in the early seventies, and was written by Swamp Dogg and Gary U.S.  Bonds. When released it hit both the Billboard Top 200 and the R&B charts and sold over a million singles via six releases. The album has been REMASTERED for this release and is presented here with its ORIGINAL ALBUM GATEFOLD COVER. The CD DIGIPAK comes with 8 bonus tracks and NEW LINER NOTES by producer Swamp Dogg.

Every time I speak of Z.Z. HILL or listen to his recordings I can’t think of anyone I’ve ever met in the music industry that was more gentlemanly, kind, gracious, generous and talented as he was. – SWAMP DOGG

4. Our Love Is Getting Better

9. Early In The Morning

18. Put A Little Love In Your Heart