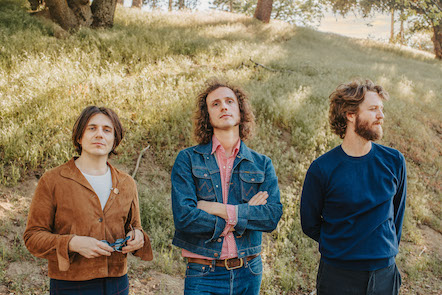 Among the newest generation of bands in the tradition of West Coast psychedelia, Triptides have blossomed into the role of elegant adventurers.

Led by guitarist, keyboardist and singer Glenn Brigman, with drummer Brendan Peleo-Lazar and bassist/guitarist Stephen Burns, the trio is continually discovering their sound through a complex map of familiar influences and bold choices in tonality, structure and texture.

This is a transformation long in the making. Starting in 2010 in the college town of Bloomington, Indiana, Brigman was making albums as Triptides with roommates and friends in a raw, Beach Boys-meet-Cleaners-From-Venus cassette-induced haze. Their albums Psychic Summer, Sun Pavilion and Colors made a mark and paved the way for greater things.

As the band moved West, so did their influences, and Los Angeles brought out a more sophisticated element in Triptides. Doors-inspired organ flourishes and driving, Stereolab-esque movements melded with the spirit of The Byrds in the Fifth Dimension to bring a potent melodic punch in the form of 2017’s Afterglow and 2018’s Visitors. All the while, the group developed their live sound touring and playing festivals in the US and Europe. 2018 also brought about Brigman’s collaboration with L.A.’s Samira Winter. Triptides and Winter created the tropicália-inspired Estrela Mágica and toured the US, now with Burns and Peleo-Lazar bringing an exciting new dynamic to the band.

As a trio on stage and in the studio, Triptides have opened up a new sonic world. Their live sound is bold, dynamic, synchronized chaos. On their records, they are adventurous and surprising—winning Shindig! magazine’s Single of the Year with the undeniably heady “Nirvana Now”—and forging a unique array of other singles throughout 2019 and 2020.

After last year’s otherworldly Alter Echoes, the group has joined up with L.A.’s Curation Records to release their forthcoming love letter to the Canyon Sound, So Many Days. Written and recorded in the San Bernardino mountains, these songs show a more grounded and pensive side of their ever-evolving sonic landscape. A whole new palette of sounds is gained, but nothing is lost. Even amidst acoustic and pedal steel guitars, the songs are unmistakably Triptides.

Triptides’ new studio album So Many Days will be released on limited vinyl, CD and digital platforms this winter via Curation Records. 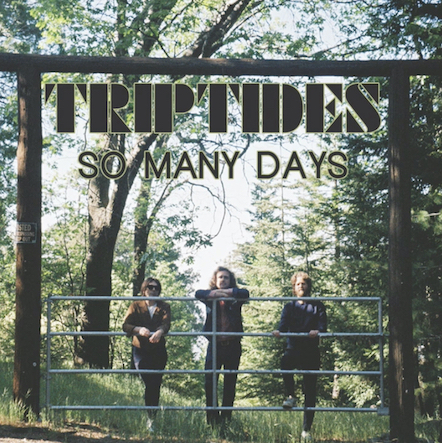 FOR MORE INFO ON TRIPTIDES:
https://triptides.bandcamp.com 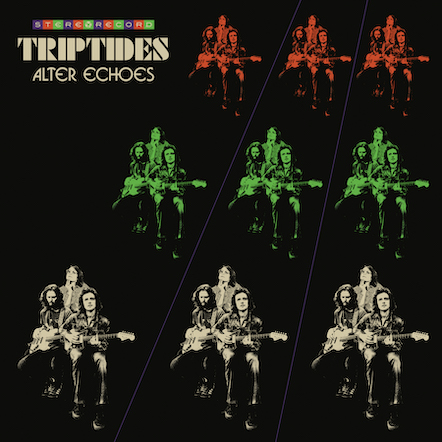 With a sound oscillating between psychedelic pop and space rock, Triptides’ album Alter Echoes channels both The Byrds at their most hallucinogenic and Floyd at their most cosmically composed while creating something immediate and new.

The band has established itself as a preeminent part of the new wave of L.A. psych music. With Alter Echoes they pull away from the pack, thanks to the quality of their songwriting, performance and production.

Triptides is led by multi-instrumentalist Glenn Brigman, and with drummer Brendan Peleo-Lazar and bassist/guitarist Stephen Burns.

Triptides’ Alter Echoes will be released on limited vinyl and digital / streaming platforms on March 19th via Alive Naturalsound Records. 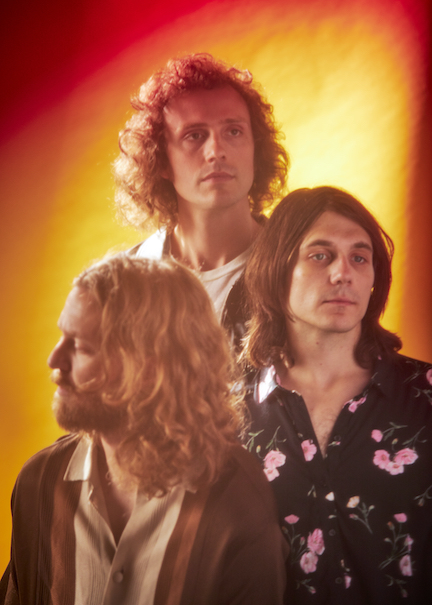 FOR MORE INFO ON TRIPTIDES:
https://triptides.bandcamp.com

“Triptides’ new single ’So Many Days’ is the kind of laid back groover that is perfect for passing joints on a sunny day. The band does a fine job of mixing cosmic country with power pop and folk-rock to make for a supremely enjoyable track.” – GLIDE MAGAZINE

[5/5 stars!] “LA psych-rockers Triptides continues their jangly, wiggy voyage into the unknown, while packing more hooks into its 42 minutes than other bands manage in entire careers.” – SHINDIG!

[4/5 stars] “It’s impossible to hear Triptides and not reference the sounds of classic acts the band audaciously cites as influences. Start with early Pink Floyd, move onto the psychedelic end of The Byrds, the eerie melodic vibe of The Zombies, a bit of krautrock Can, some Badfinger and T. Rex….the list continues but you get the idea. They write impressive songs, not unlike their more famous inspirations. And in some cases, even better.” – AMERICAN SONGWRITER

“… their sunniest, most polished, and hardest rocking album to date. The band’s leader Glenn Brigman and the new lineup of bassist Stephen Burns and drummer Brendan Peleo-Lazar decided to strip away any remaining vestiges of the lo-fi, reverb-heavy group they once were to become something bright, clean, and super jangly. The album is loaded with songs that have a tight rhythm section backing some seriously chiming 12-string guitar, edging away from psychedelia just a bit in favor of super-charged folk-rock with a kick.” – Tim Sendra , ALLMUSIC

“… intoxicating. Triptides are in a class of their own when it comes to crafting pristine, sun-soaked psychedelic pop.” – LOOK AT MY RECORDS

“You will be instantly reminded of The Byrds, but these folks bring their own brand of jangle pop to the table. And in this pandemic still plaguing us, it is so refreshing and calming to hear upbeat music.” – Elizabeth Klisiewicz, ECHOES AND DUST

“Alter Echoes is a more confident side of Triptides. While the trio has long garnered a slew of ’60s comparisons, this album feels like they’re truly beginning to divine those influences for their own strain of shimmer.” – Andy French, RAVEN SINGS THE BLUES

[4/5 star review] “Triptides’ latest record, Alter Echoes, is one of their fullest and most musically sound records to date, with an increased quality of songwriting, precision and production.” – Thomas Wilde, THE FIRE NOTE