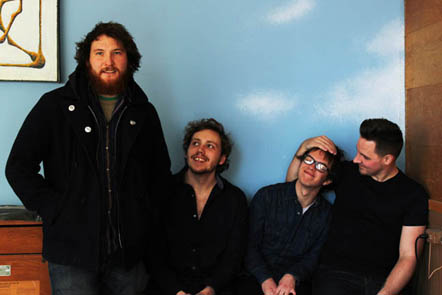 From this, comes Lost My Mind In Stereo, the second full-length album from The Sleepwalkers (formerly Ian Olvera & The Sleepwalkers). Building on the framework of their 2010 release The Reckless Kind, the band hits full force with a lot of drums, a lot of guitars, and a lot of attitude on Lost My Mind In Stereo.  A variety of keyboards augment the arrangements and help accentuate each hook, leaving you with a roadmap back to such influences as The Band, Sam Cooke and The Replacements.