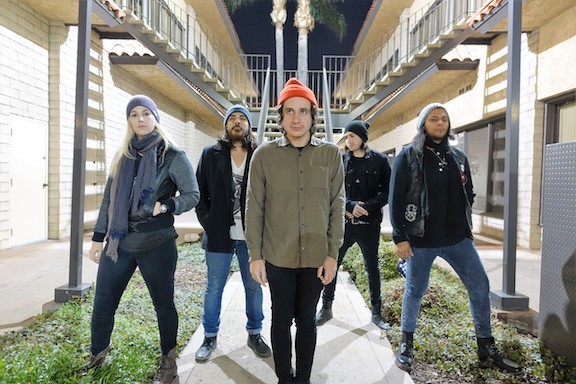 In a gritty industrial area of Van Nuys, California, behind a powder-coating plant, lie a dozen neatly stacked repurposed shipping containers. One of these is ‘home’ to The Knitts, a band with a surprisingly long history and a short fuse, ready to explode onto the music scene with the release of their upcoming debut full-length album Retreat.

The origins of The Knitts go back to the final years of the Knitting Factory on Hollywood Boulevard in Los Angeles. “That’s strangely how the band name came about, from Charlie’s time working the box office,” recalls Justin Volkens of his brother, Charlie Volkens’ time at the club while various future Knitts hung out at KF shows. Now The Knitts are made up of the brothers Volkens – Justin (Vocals) & Charlie (guitar), along with Victor Portillo (lead guitar), Jaime “Jimmy” Luque (bass) and Clare Taylor Wilkes (drums).

The Knitts, they’re not on the grid, don’t play to click tracks, don’t know how to work a sampler or program a drum machine. They don’t growl or scream, they sing. They’re not choreographed, they move. They don’t pose, they just smile and laugh. “A big part of being recognized is not doing the same thing,” Justin explains, “and isn’t that what rock and roll is about? It’s about adapting, bending and breaking the rules.”

The Knitts Retreat will be available on digital and streaming formats March 3rd, 2017 via Knitting Factory Records. 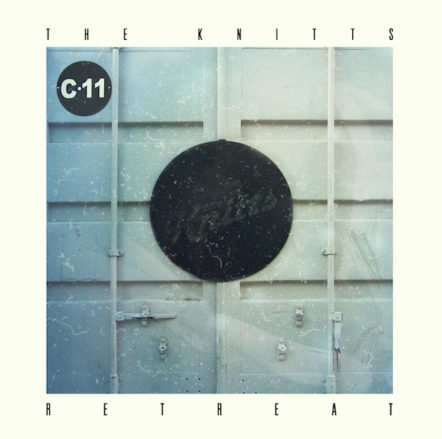