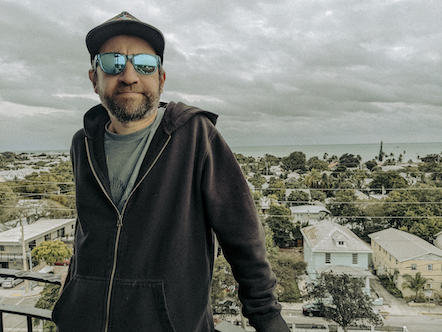 Wes McDonald AKA Terry Ohms has a new album on the way called Shmo Yertyr and he is from Alabama. Birmingham, AL. Stop thinking what you’re thinking! Stop the geo stereotyper in your head for a minute. Stop the natural flow of impressional images of fake Christian politicians, crooked thinkers, low shurkers, backward drawlers and deep fried gentrifiers. No no no. Terry Ohms ain’t that kind of grifter. There are some damn fine people in Alabama. As there are some damn fine musicians under the twangy cloud cover in Birmingham. They’re just not talked about as much as they should be. And this isn’t an Americana album that Terry is trying to sooth you with. This isn’t pastoral lollygag. It’s something else . .

Shmo Yertyr is Terry Ohms’ newest LP of a 20-plus-year history releasing albums that have an amusing multiple personality, including but not limited to, indie rockers, Americana clamors, and electronic slammers with light and dark and crazy sneaking through the windows of this weirdly accessible artist.

“Oh OK, I got it. This is some wacky guy with a keyboard and a computer that throws in ironic country licks where they shouldn’t be.”

Nope. These are heartfelt songs presented and sung in an interesting way. Not really country at all. Southern? Yes. That’s where it comes from. How could it not be? It’s fun, but not in a cut-off jeans kind of way. It’s more like the fun you’d have in a tutu and a trucker hat. You might dance. You might cry. You might laugh. You might freak out.

This is the 11th Terry Ohms album from Wes McDonald. And the fourth in three years. His past lives include being the frontman for the much lauded Birmingham rock band, Vulture Whale and twangy punks, The Ohms (Athens, GA). When Wes isn’t doing Terry stuff these days, he is playing the drums in indie psych band, People Years, The Blips and Les Nuby’s band.

Shmo Yertyr is out April 22nd on Mind Blow Records. 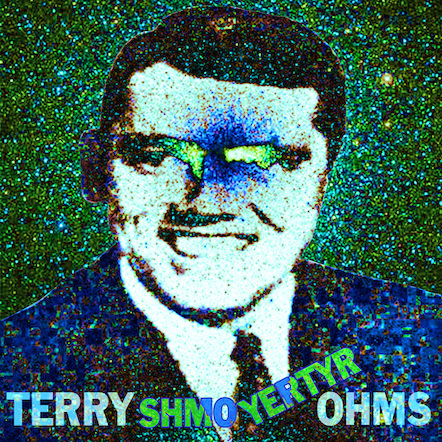