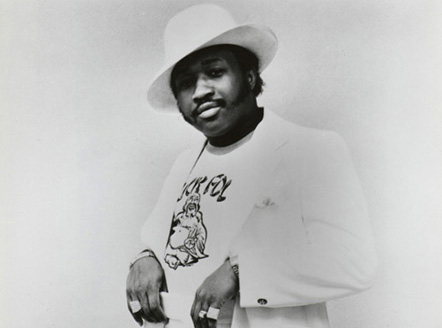 Maverick soul artist Swamp Dogg (aka Jerry Williams) has been described as the “soul genius that time forgot,” and “a strange combination of Sly Stone’s progressive funk with Frank Zappa’s lyrical absurdism.” In the ’70s he even made the famed Nixon’s Enemies List.Alive Naturalsound Records is proud to bring you Swamp Dogg’s first two albums, newly remastered and re-released for the very first time on vinyl since their original release in the early ’70s. Total Destruction To Your Mind (1970), has been called “one of the most gloriously gonzo soul recordings of all time,” while Rat On! (1971) was ranked as having one of the top ten worst album covers of all time, an achievement that Swamp Dogg is rightfully proud of to this day.

The two remastered reissues of Swamp Dogg’s early ’70s albums Total Destruction To Your Mind and Rat On! will be available on Black Vinyl and CD on March 5th. In addition, there will also be a very limited pressing of Colored Vinyl for both albums exclusive to mailorders through Bomp!

“If your dog sleeps on the sofa, shits on the rug, pisses on the drapes, chews up your slippers, humps your mother-in-law’s leg, jumps on your new clothes, and licks your face, he’s never gotten out of character. You understand what he did, you curse while making allowances for him, but your love for him never diminishes. Commencing in 1970, I sung about sex, niggers, love, rednecks, war, peace, dead flies, home wreckers, Sly Stone, my daughters, politics, revolution, and blood transfusions (just to name a few), and never got out of character.” – SWAMP DOGG

“He sings like some unfrozen Atlantic soul man of the sixties – his voice clarion pure, his phrasing a model of smoldering restraint.” – ROLLING STONE

“Vocally, Swamp Dogg sounds like a cross between General Johnson (of Chairmen of the Board) and Van Morrison; as a songwriter, he’s his own man. With the exception of Sly Stone, no other soul men of the period were investigating controversial topics with such infectious musicality and good humor.” – AMG