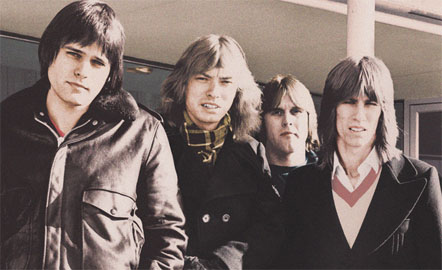 Heralding from the small Midwestern town of Zion, IL along Lake Michigan’s western shore, Shoes was formed by three like-minded high school friends in the mid 1970s. Inspired by the British Invasion and the joys of the 3-minute pop song, their early home recordings, self-released LPs and DIY approach established them as pioneers of the home studio movement. Primal Vinyl is a collection of classic Shoes songs that includes a previously unreleased live track and material released on vinyl for the first time.

Don’t Do This To Me

I Don’t Wanna Hear It (live)