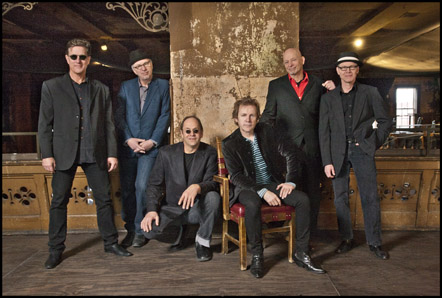 In March of 2011, Wages Of Sin, their first album in 23 years, was released to overwhelmingly positive response from critics and fans alike, along with heavy local airplay. Semi-Twang had always harkened back to classic artists like Dylan, The Beatles and The Band. This approach paid off handsomely on Wages, an album that dares you to put a time-stamp on it.

Which brings us to 2013: On March 26th, the band will release their third full-length project, The Why And The What For, a recording that ups the stakes as it traverses through the musical geography of Memphis, Muscle Shoals and New Orleans with passion and conviction. It’s topical and personal with a bit more soul influence — it even includes a few throwbacks to the duckwalk days of Chuck Berry. Oh, and you’ll also be rewarded with one or two of those unclassifiable yet familiar songs you’ve come to expect from Semi-Twang.

Semi-Twang’s The Why And The What For will be available March 26th on CD and digital formats.
Spring and summer tour dates will be announced soon!

The Why And The What For Tracklisting:
1. The Wrong Side of the Tracks
2. 52 Jokers
3. Au Contraire
4. The More She Gets The More She Wants
5. You Love Everybody
6. Dark Out
7. Love Interest
8. Making Everybody Cry
9. Miss Watson
10. A Handsome Man
11. Contents Under Pressure
12. Foghorn