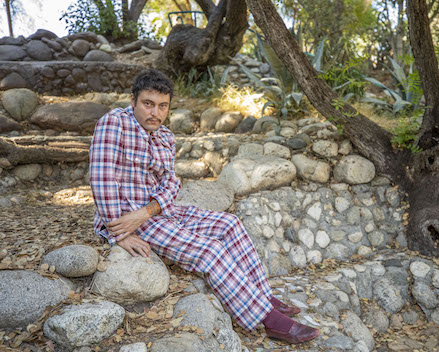 Conceived in the 1980s in Mexico and brought to California through the border inside of his 6-month-pregnant mother, Rudy de Anda is releasing his debut solo record, Tender Epoch, a love letter to the long historical lineage of rock ’n’ roll music as interpreted through his multicultural lens. “I write my own story, I don’t want to b defined by any scene” De Anda proclaims of his personal journey, and his ability to adapt and flit between cities and cultures is part of why L.A. Record has called his sound “deliberately difficult to classify, familiar but novel at the same time.”

De Anda’s origin story counts more locations than most and setting the scene is a perilous endeavor: his early childhood in Compton was interrupted by the L.A. Riots that pushed his family to relocate to Long Beach, where De Anda stayed only temporarily before catching the chickenpox and being sent to his grandmother’s house in Mexico, where he lived for three months. Only upon his return did De Anda begin to lay roots in the city he still calls home. From playing soccer to getting into dumpster-cage fights (over cilantro) at his Whole Foods job, De Anda always circled back to music as a means to express these experiences that inspired him. A solo trip to Chile – to go see Spanish musician El Guincho perform – with no cell phone or credit card proved especially influential, and made De Anda realize the profound impact of Latin music on his adult life. In the midst of ceaseless moves, a constant in De Anda’s history was the omnipresent soundtrack in his Hispanic household: from rock and bossa nova, to crooners, ballads and even traditional Mexican music. These sounds of his roots and the angst of the punk bands he embraced as a teenager would soon intertwine harmoniously.

The most influential figure in De Anda’s storied upbringing was without a doubt Ikey Owens of The Mars Volta and Jack White’s band. The late, great Grammy-winning producer struck a friendship with De Anda early on, when he was a teenager to whom Owens would give vinyls and tickets to shows. Owens took a young De Anda under his wing and invited him into his world and into his studio. This is where De Anda began to piece together a solo record, on his mentor’s 8-track, which for the first time felt more personal in execution, and tackled the intimacy and romanticism of generations of the artist’s past, while still employing the scrappy punk rock attitude he has always placed first and foremost in his music and life’s work.

With his childhood friend J.P Bendzinski on guitar and a rotating cast of stalwart band members, the generation-spanning, ever-transforming lineup has adamantly pursued their sound regardless of any limitations. Here, a mexican psychedelic bolero (“Los Canarios”) turns into an ’80s spanish rock inspired tune (“Me Revuelco En Tus Arenas”), and there a William-Onyeabor-inspired dance number (“Helado”) segways into an ode to 1970s Argentina – and one of De Anda’s favourite musicians, Luis Alberto Spinetta – before giving way to a soulful funk number (“I’m Still At The Bar”) and close on a chicano sweet-soul-vibed track where De Anda confronts his own weaknesses (“Abrasive”). Staying close to home at Jazzcat Studios in Long Beach, the record was produced by Jonny Bell (Crystal Antlers) and features Bardo Martinez (Chicano Batman) on organ and synth, on several tracks.

Since 2005, De Anda has played thousands of shows in various musical projects, but with Tender Epoch, tellingly the first recorded under his own name, he has clearly found his own voice with a wealth of stories to spotlight. It’s exquisitely crafted pop, with universal messages of heartbreak and loss that still feel appropriate played speeding windows-down on the highway in the coastal sunshine. Above all, De Anda likes to keep people guessing: from the album artwork to the multi-faceted textures of sound, Tender Epoch feels ambiguous to any era, a perfect collusion of old and new that showcases a music historian’s knowledge of both past greats and influential peers. Sculpting his own path through a wild ride that feels unlikely to let up, De Anda refuses to settle down or get comfortable, instead carving out a classic record that is sure to set a standard for songwriting to come. 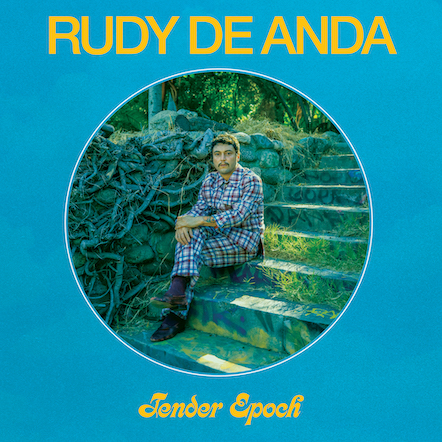 “Time to shed the mundane and embrace the transcendent with Long Beach’s Rudy De Anda, a musician dedicated to the transmission of something completely individual” – LA Record

“Light but heavy, warm in the sun, but shivery in the shade. It’s undoubtedly psychedelic, but here’s no one scene or genre you can peg it to, which adds to the pleasantly disorienting effect.” – Remezcla

“… a psychedelic prog-pop odyssey, all dissonance and shoegaze in equal amounts tempered by the buoyancy of punk-rock spirit.” – BuzzBands LA