Click here to download a new hi-res photo of Paul (credit: Joy Whalen) and Out of My Head album cover art

PAUL COLLINS’ NEW STUDIO ALBUM “OUT OF MY HEAD” OUT SEPTEMBER 28, 2018 VIA ALIVE NATURALSOUND RECORDS!

Paul Collins is one of the most enduring cult rockers of the late seventies and a founding member of the legendary band The Nerves (with Jack Lee and Peter Case). He started his solo career in 1979 and has released more than 11 studio albums as Paul Collins, or Paul Collins’ Beat.

Out of My Head, his new record, is a return to the pure, unadulterated sound he helped create in his youth. On this new album Paul not only sings, but plays all the drums and most of the guitars as well.

With the collaboration of Paul Stingo on bass and harmonies, he delivers a true rock ‘n’ roll record of the kind that are not being made in today’s world: simple melodies with classic songwriting structure, Rickenbacker guitars drenched in juicy reverb, straight up ’60s pop harmonies, and groovy drums, all recorded reel to reel, by real players. With a photo cover shot by legendary NY photographer Bob Gruen, Out of My Head is a testament to one man’s undying love for rock ‘n’ roll.

Paul Collins’ Out of My Head will be available on Limited Edition Vinyl, CD, digital and streaming formats September 28, 2018 via Alive Naturalsound Records.

PAUL COLLINS’ BEAT TO RELEASE LONG TIME GONE / TO BEAT OR NOT TO BEAT ALBUM APRIL 28TH VIA LOLIPOP RECORDS!

THIS MARKS THE FIRST TIME THESE TWO LONG LOST EPS WILL BE RE-ISSUED ON ALL FORMATS (VINYL, CD, CASSETTE & DIGITAL)

THE KING OF POWER-POP KICKS-OFF SOLO EUROPEAN TOUR MAY 6, 2017  IN FRANCE!

Paul Collins’ (from The Nerves, The Breakaways) two long lost EPs with his band The Beat from the early ’80s make it to Lolipop Records as the first re-issue on all formats in over 30 years, from the “king of power pop” himself. To Beat Or Not To Beat was recorded in New York in 1983 at The Ranch with John Mathias (The Romantics) and Paul Collins/Steven Huff producing. It was released in the U.S. by Jem/Passport Records and then it was later released in Europe on Closer Records France and Dro Records Spain. The single “All Over The World” was featured regularly on KROQ in Los Angeles and got a lot of airplay in France and in Spain. Steve and Paul toured in Europe off that record for several years until they wound up in London where they recorded their follow-up EP Long Time Gone, just before returning to the States. Long Time Gone was released in 1985 on Closer France and Dro Spain, and both records were released as a two-fer on Wounded Bird Records in 2004. Paul recalls those days fondly, “I remember getting an $800 royalty check for ‘All Over The World’ when I was living in San Francisco so I went out and bought a used green Datsun B210! I would always hum ‘All Over The World’ as I drove up and down all those hills in SF!”

Paul Collins’ Beat’s Long Time Gone / To Beat Or Not To Beat will be released on vinyl, CD, cassette and digital formats April 28th via Lolipop Records (distributed by Cobraside Distribution). 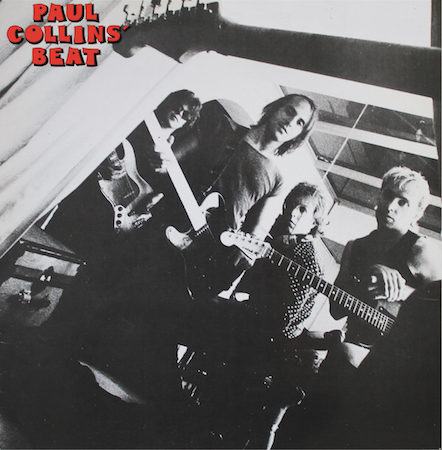 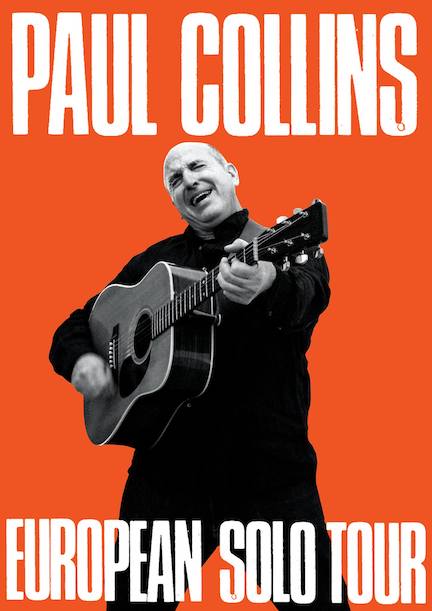 Paul Collins is a guy who’s been around the block. He was one of the progenitors of the early power-pop movement in the ’70s in not one, but three influential bands of that era – The Nerves, The Breakaways and The Beat (the latter even appearing on Dick Clark’s American Bandstand back in the day). He later turned towards a decidedly rootsier approach to his music, exploring country and folk rock, before returning to the more driving, high-energy sounds of his youth on his acclaimed 2010 Alive Naturalsound effort King Of Power Pop! His music has been covered by a host of talented musicians, most notably his song “Walking Out On Love,” which Green Day’s Billie Joe Armstrong performed as part of the punk band’s hit Broadway musical American Idiot.

This September Collins will be releasing his follow-up to King Of Power Pop!, aptly entitled Feel The Noise. On it, he travels full-circle, tapping into the very spirit of rock ‘n’ roll that fueled much of his early groundbreaking material, and is the obvious extension of his most iconic work with, what many still consider to be the most important power-pop band, The Beat.

Paul Collins’ Feel The Noise was produced by studio legend Jim Diamond  (who also plays bass and guitar on the record), and will be available September 9, 2014 on CD, digital and limited edition colored vinyl through Alive Naturalsound Records.

PAUL COLLINS (one of the originators of the high-energy sound known as Power Pop and co-founder of THE NERVES, THE BREAKAWAYS and THE BEAT) has a new studio album coming out aptly entitled KING OF POWER POP! (on Alive Records) and it’s a complete return to his roots – to power pop, the sound he helped create and popularize, a sound that has seen a resurgence in recent years, a sound that is here to stay!

Produced and engineered in Detroit by Jim Diamond (Dirtbombs, The Go, The White Stripes, to name just a few), KING OF POWER POP! also features Eric Blakely on guitar and backing vocals, Diamond on bass, and Dave Shettler on drums (SSM, The Sights). Motor City guests include Wally Palmar of the legendary power pop hit-makers THE ROMANTICS, as well as pop icon Nikki Corvette of NIKKI & The CORVETTES. The catchy cover art is the work of legendary artist BILL STOUT.