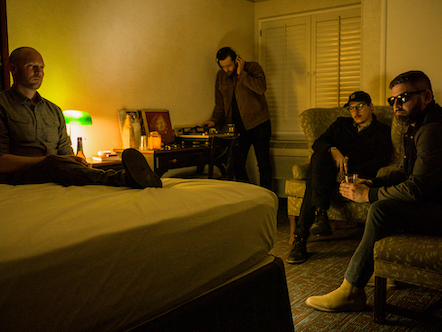 What started as a quaint motor lodge and a common pitstop for travelers and truckers in the 1940s, Sage Motel morphed into a bohemian’s hang by the 1960s and 1970s. Artists, musicians, and vagabonds of all types would stop there as seedy ownership pumped obnoxious amounts of money into high end renovations, eventually attracting some of the most prominent acts of the era. But when the money ran out, The Sage Motel devolved into a place where you rent by the hour. Sage Motel, Monophonics‘ fifth studio album since 2012, tells its story.

“‘Sage Motel’ was the second song we wrote for the album and ultimately was the spark that started this whole concept and story,” says Monophonics bandleader Kelly Finnigan. “It’s a song about a complicated relationship created out of incomparable physical chemistry, lust, passion & love. It’s the struggle of chasing something that will never be a reality, no matter how bad you want it. Some things are meant to happen, but not meant to be… and it all goes down at the Sage Motel.”

Produced by Kelly Finnigan, Sage Motel captures a timeless sound that blends heavy soul with psych-rock. With their previous album, It’s Only Us, selling over 10,000 physical units and garnering over 20 million streams, Monophonics have built a reputation over the past decade as one of the most impactful bands in the country. It’s Only Us was praised by Billboard, FLOOD, Cool Hunting, and more.

If these walls of the Sage Motel could talk, this is what they’d say. So join us as we examine where the stories are told and experiences unfold…..and sink into a soft pillow of soulful psychedelia…..down at the Sage Motel. 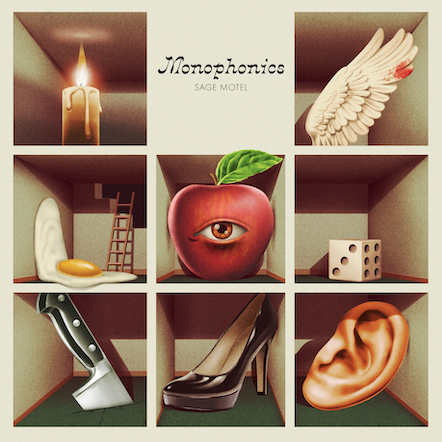