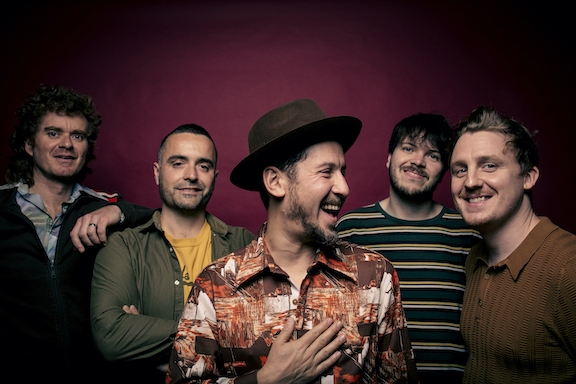 Building on 2018 album Golden Days and the band’s status as a world-renowned live act, 11-track opus Cure The Jones represents Mamas Gun’s most complete and powerful work to date – a joyous and sophisticated exposition of song-craft, that explores themes of love, loss, life through the most pressing social and political issues of the day.

Written and produced during the pandemic by Mamas Gun frontman Andy Platts with additional intricate soundscaping from drummer Chris Boot, Cure The Jones was recorded direct to tape with an array of analogue gear at Platts’ home studio in just three days, focussing the soulful energy of the band into a coherent gospel-tinged whole.

Formed in 2009, the current five-piece of Andy Platts (vocals), Terry Lewis (guitar), Dave Oliver (keys), Chris Boot (drums) and Cameron Dawson (bass) bring a range of influences to the table. Platts has previously worked with Rod Temperton, Brian Jackson and John Oates (of Hall & Oates), and Lewis’ credits include collaborations with Leon Ware, Lewis Taylor and The Impressions. Elsewhere in the band, Oliver cites his love for NYC Latin jazz as a major influence, while Boot’s full-bodied drums root the band in the lineage of Durand Jones and Lee Fields. Bassist Cameron Dawson brings a contemporary jazz-funk sensibility developed as part of Rhythm Section outfit Vels Trio. Both youthful and mature beyond their years, Mamas Gun are bringing a unique freshness to the classic soul sound.

This blend of classic and contemporary influences have sparked millions of streams worldwide and garnered praise from The Sunday Times, Billboard, The Guardian, and Uncut Magazine. Collectively, the London-based group’s first three albums, spawned Top 10 hits on four continents, including #1 single in Japan, and top 10 airplay positions in UK and parts of Europe; propelled by the band’s sold-out headline tours and full-tilt performances, including significant appearances at the Billboard Music Awards and music festivals including Love Supreme, Java Jazz, and Seoul Jazz festival.

While honing a sound built around vintage equipment, Cure The Jones hears Platts stretch his legs as one of the UK’s top song-writers, imbuing his lyrics with the urgency of unfolding events. As he describes, “Cure The Jones carries the torch for soul music being able to reflect and say something about contemporary life in a meaningful way that hopefully preserves the authenticity of how those great social consciousness albums were made.”

Mamas Gun’s new Cure The Jones album will be available April 1st on vinyl, CD and digital/streaming formats via Candelion (in association with Secretly Group and Colemine Records). 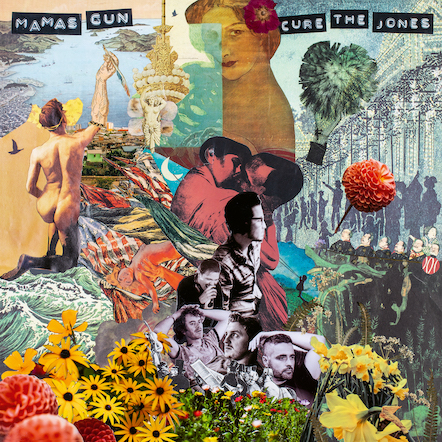